The Milwaukee Bucks invade the New Orleans Pelicans at the Smoothie King Center on Friday night.

The Milwaukee Bucks have been in great shape as they’ve won six of their past eight games and they will be aiming for a third straight win after taking down the Raptors in a 115-108 road win on Wednesday. Giannis Antetokounmpo led the team with 24 points, 18 rebounds and nine assists, Khris Middleton added 24 points with 10 rebounds and seven assists while Brook Lopez chipped in with 20 points on eight of 11 shooting. As a team, the Bucks shot 43 percent from the field and 16 of 44 from the 3-point line as they led by just one point after three quarters, before they took control of the game with a pivotal 13-5 run early in the fourth quarter. Donte DiVincenzo scored just eight points on two of nine shooting in a rare start, while Jrue Holiday scored just seven points on three of 14 shooting.

Meanwhile, the New Orleans Pelicans have really been struggling lately as they’ve lost eight of their last 10 games, but they will be hoping to build some momentum after arresting a three-game skid with a 124-106 win over the Wizards on Wednesday. Zion Williamson led the team with 32 points on 12 of 16 shooting, Brandon Ingram drained seven 3-pointers to finish with 32 points and eight assists on 12 of 19 shooting, while Eric Bledsoe chipped in with 18 points, seven rebounds and four assists. As a team, the Pelicans shot a healthy 51 percent from the field and 17 of 43 from the 3-point line as they never really looked in danger after storming out of the gates to lead by 35-18 at the end of the first quarter.

The Bucks have been ticking along nicely despite Antetokounmpo not quite playing at the same level he showed last season, while the Pelicans were in a major slump before getting a much-needed win against the hapless Wizards in their last outing. The Pelicans are a chance if Williamson and Ingram get hot like they did against the Wizards, but I don’t see that happening as the Bucks should be too good here. 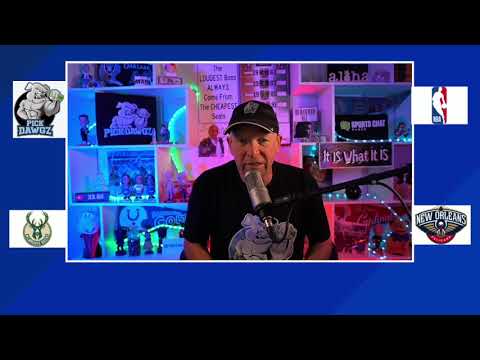