The Orlando Magic play host to the Los Angeles Clippers at the Amway Center on Friday night.

The Los Angeles Clippers have been in great form so far this season as they’ve won 14 of their first 19 games and they will be looking to stay hot after last night’s 109-105 road win last night. Nicolas Batum drained six 3-pointers to lead the team in scoring with 18 points, Lou Williams scored 17 points off the bench while Reggie Jackson and Marcus Morris each scored 16 points. As a team, the Clippers shot just 41 percent from the field and 17 of 42 from the 3-point line as they suffered a slow start and found themselves trailing by 18 points early, before they dominated the second and third quarters to outscore the Heat by 69-36 combined to take a 19-point lead which proved to be just enough in the end.

Meanwhile, the Orlando Magic have been in a slump as they’ve lost nine of their past 11 games and they will be hoping to bounce back after falling to the Kings in a 121-107 home loss on Wednesday. Nikola Vucevic led the team with 26 points on 11 of 18 shooting, Evan Fournier added 25 points while Terrence Ross chipped in with 16 points off the bench. As a team, the Magic shot 41 percent from the field and 10 of 26 from the 3-point line as they came out flat and never looked likely after allowing the Kings to pour on 65 points in the first half. There was just no stopping the Kings’ starters who all finished with at least 16 points.

The Clippers will likely be without Paul George, Kawhi Leonard and Patrick Beverley once again, but they have plenty of depth to cover in the short term against lesser teams like the Magic who have been struggling. The Clippers are 5-1 ATS in the last six meetings in Orlando and they represent decent value as the road underdogs here. I’m taking LA to pull off the minor upset in this one. 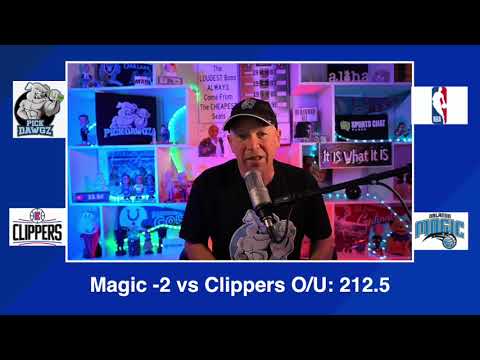