The Denver Nuggets and San Antonio Spurs meet Friday in NBA action at the AT&T Center.

The Denver Nuggets are slowly starting to figure things out and looking more and more like the team we expected to see this season. However, the Spurs are playing great ball in their own right and have been covering machines in the underdog role. We've backed the Spurs a ton since the NBA bubble, and they're shooting 48.3 percent from the field in their last five games. The Spurs as underdogs have been cash for a while. Give me the points and the home team. 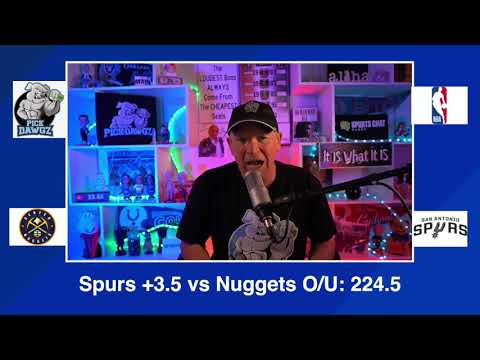