The Atlanta Hawks invade the Capital One Arena to battle the Washington Wizards on Friday night.

The Atlanta Hawks have been in nice form lately as they’ve won four of their last six games, but they will be looking to bounce back here after falling painfully short to the Nets in a 132-128 overtime loss on Wednesday. Trae Young led the team with 28 points and 14 assists, Cameron Reddish added 24 points off the bench while John Collins and DeAndre Hunter each scored 21 points. As a team, the Hawks shot 47 percent from the field and 13 of 33 from the 3-point line as they hung in a tight contest right until overtime where the Nets pulled away behind their Big Three.

Meanwhile, the Washington Wizards have been struggling all season as they’ve lost 11 of their first 14 games and they will be hoping to put an end to a three-game skid after getting routed by the slumping Pelicans in a 124-106 road loss on Wednesday. Bradley Beal led the team with 47 points on 17 of 37 shooting, Garrison Matthews added 15 points off the bench while Robin Lopez chipped in with 14 points. As a team, the Wizards shot just 40 percent from the field and 13 of 38 from the 3-point line, but they left themselves too much work to do after a slow start saw them trail by 17 points by the end of the first quarter.

Head to head, the under is 7-1 in the last eight meetings in Washington.

The Hawks have been building some momentum with four wins in their last six games, but they will be kicking themselves after blowing their chance to beat the highly touted Nets in their last outing. The Wizards have been a mess since the start of the season and you have to feel for Beal who has been lighting up the scoreboards without any success. I’m sure Beal will have another big night, but with the Wizards so shorthanded, you have to stick with the Hawks to bounce back with a win and cover here. 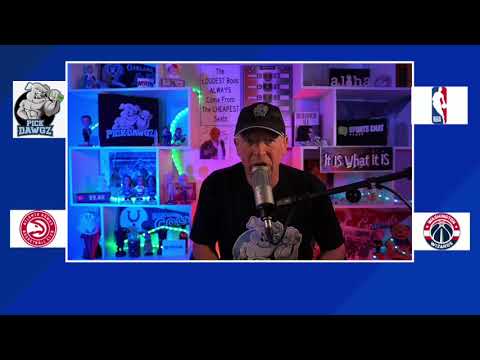