The Portland Trail Blazers and Houston Rockets meet Thursday in NBA action at the Toyota Center.

The Portland Trail Blazers are finding ways to keep their head above water, but they're still a banged up team that I'm not sure I trust against good teams or on the road. The Houston Rockets are playing their best ball of the season right now and the talent was always there to do something. The Rockets aren't the title contender they've been in the past, but they have some solid pieces that can surprise folks in the West. I'll lay the bucket. 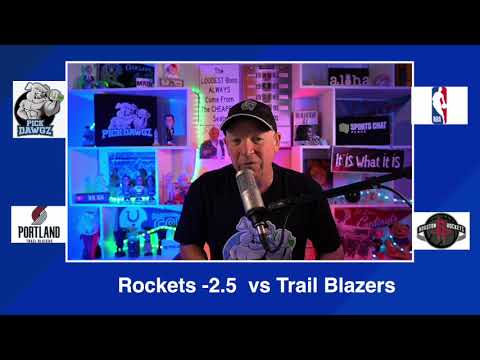