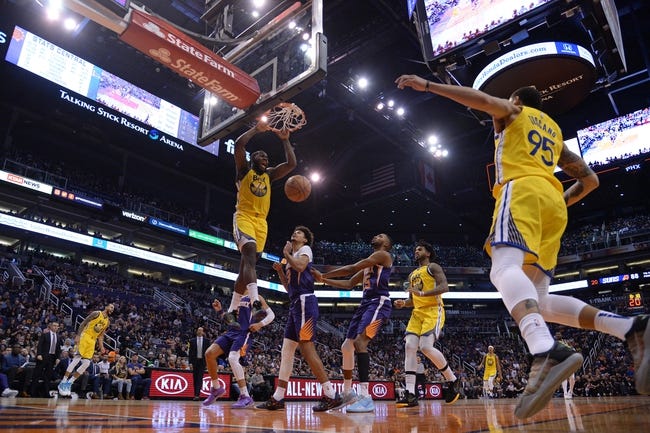 The Golden State Warriors and Phoenix Suns meet Thursday in NBA action at the PHX Arena.

The Phoenix Suns aren't playing good basketball right now and don't deserve to be favored against any respectable teams. The Golden State Warriors are hit or miss and who knows what to expect on the end of a back to back, but they have the offensive firepower to hang with the Suns. The Warriors have also won seven of their last 10 meetings against the Suns. I'll take the free bucket with the Warriors.