The Sacramento Kings and the Orlando Magic duke it out at the Amway Center on Wednesday night.

The Sacramento Kings have been in rough shape lately as they’ve lost six of their past eight games and because of two postponed games, they haven’t seen the court since their 103-94 win over the Knicks on Friday. De’Aaron Fox led the team with 22 points and seven assists, Harrison Barnes added 21 points, eight rebounds and seven assists while Tyrese Haliburton chipped in with 16 points and four blocks off the bench. As a team, the Kings shot 41 percent from the field and 12 of 34 from the 3-point line, but credit this win to their defense as they struggled in the first half before holding the Knicks to just 40 points in the second half as they ran away with it behind Fox and Barnes.

Meanwhile, the Orlando Magic have been in rough shape as they’ve lost eight of their past 10 games, but they will be hoping to build a bit of momentum after taking down the Hornets in a 117-108 home win on Monday. Nikola Vucevic led the team with 28 points, 12 rebounds and seven assists, Cole Anthony added 21 points on eight of 12 shooting while Evan Fournier chipped in with 19 points and six assists. As a team, the Magic shot 47 percent from the field and 19 of 37 from the 3-point line as they struggled for points early on and fell behind by 15 points, before outscoring the Hornets by 68-46 in the second and third quarters combined to win easily in the end.

The Kings haven’t been playing well lately, but perhaps the two postponed games gave them extra time to practice, so we might see a better showing from them here. The Magic were struggling mightily before Monday’s comeback win over the Hornets, so they too will be keen to build some momentum here. The Kings are 5-2 ATS in the last seven meetings overall and 7-2 ATS in their last nine games as a road underdog, so I’m taking the Kings to resume their season with a much-needed win here. 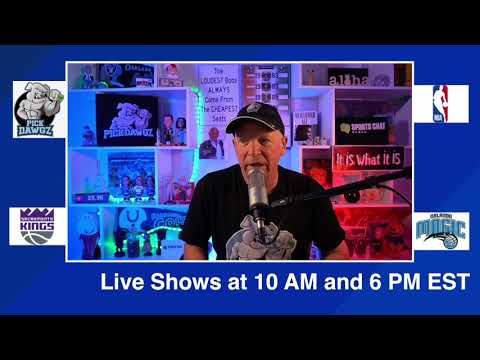