The Los Angeles Lakers invade the Wells Fargo Center to take on the Philadelphia 76ers on Wednesday night.

The Los Angeles Lakers have been in scintillating form so far this season as they’ve won 14 of their first 18 games and they will be gunning for a fourth straight victory after taking down the Cavaliers in a 115-108 road win on Monday. LeBron James led the way with 46 points on 19 of 26 shooting, Montrezl Harrell added 15 points on six of nine shooting while Anthony Davis scored 17 points, 10 rebounds, four assists and three blocks. As a team, the Lakers shot 48 percent from the field and 10 of 32 from the 3-point line as they looked in trouble after squandering a 14-point lead, before James took over with 21 points in the fourth quarter to drag the Lakers over the line.

Meanwhile, the Philadelphia 76ers have been in decent shape as they’ve won five of their past seven games, but they will be hoping to bounce back after falling to the Pistons in a 119-104 upset on Monday. Tobias Harris led the team with 25 points on 10 of 19 shooting, Tyrese Maxey added 17 points off the bench while Ben Simmons chipped in with 11 points and four assists. As a team, the 76ers shot just 42 percent from the field and nine of 28 from the 3-point line as they didn’t match the intensity of the Pistons from the tipoff and quickly found themselves trailing by 14 points at halftime. The 76ers fared better in the second half but it didn’t help the result as the Pistons were hardly threatened.

Joel Embiid was rested on Monday, but the good news is that he is ready to go on Wednesday, which is a major boost for the 76ers. James and Davis are both listed as questionable for this meeting, so maybe check their statuses before tipoff, but if they’re available, I’m sticking with the Lakers to stay red hot here with another win and cover. 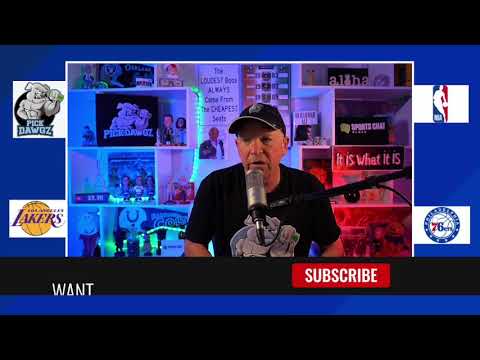