The Indiana Pacers and the Charlotte Hornets duke it out at the Spectrum Center on Wednesday night.

The Indiana Pacers have been in decent form this season as they’ve won 10 of their first 17 games and they will be looking to stay hot after taking down the Raptors in a 129-114 home win on Monday. Malcolm Brogdon led the team with 36 points and nine assists on 10 of 17 shooting, Jeremy Lamb added 22 points off the bench, Myles Turner scored 21 points with 10 rebounds and three blocks while Domantas Sabonis chipped in with 11 points, before leaving the game with a knee injury. As a team, the Pacers shot 51 percent from the field and 12 of 29 from the 3-point line as they as they set the tone with 70 points in the first half, before pulling away with their defense in the fourth quarter where they held the Raptors to just 17 points to finish in a blowout.

Meanwhile, the Charlotte Hornets are currently are going through a rough patch as they’ve lost five of their last six games and they will be hoping to bounce back after falling short against the Magic in a 117-108 road loss on Monday. Gordon Hayward led the team with 24 points and four assists on nine of 16 shooting, Terry Rozier added 24 points on 10 of 18 shooting while Devonte Graham chipped in with 21 points. As a team, the Hornets shot 43 percent from the field and 11 of 38 from the 3-point line as they got out to a quick start to lead by double-digits in the first quarter, but they couldn’t keep up the pace as the Magic recovered to outscore them by 68-46 in the second and third quarters combined.

Domantas Sabonis is currently listed as questionable for Wednesday, which is a major loss for the Pacers, but they have more than enough depth to cover for him which is why the line is still so even. The Hornets have shown glimpses of their potential this season, but they’re currently in a slump as they’ve won just one game in the past two weeks. This should be a close one, but the Pacers are 5-1 ATS in the last six meetings overall and I like them to pull off the minor upset behind another big game from Brogdon. 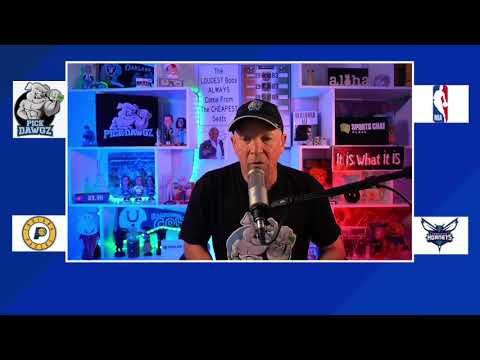