The Cleveland Cavaliers play host to the Detroit Pistons at the Rocket Mortgage FieldHouse on Wednesday night.

The Detroit Pistons have been doing it tough this season as they’ve lost 13 of their first 17 games, but they will be looking to build some momentum after taking down the 76ers in a 119-104 on Monday. Delon Wright led the team with 28 points, seven rebounds and nine assists, Jerami Grant added 25 points with five assists, Wayne Ellington scored 20 points while Mason Plumlee chipped in with 10 points and 10 rebounds. As a team, the Pistons shot 50 percent from the field and 17 of 38 from the 3-point line as they came out firing and dominated right from the tipoff to lead by as many as 21 points before easing off in the fourth quarter.

Meanwhile, the Cleveland Cavaliers have been in a bit of a rut as they’ve lost five of their last eight games and they will be hoping to avoid a third straight defeat after falling to the Lakers in a 115-108 loss on Monday. Andre Drummond led the team with 25 points and 17 rebounds, Cedi Osman added 20 points on six of 11 shooting while Collin Sexton chipped in with 17 points and six assists. As a team, the Cavaliers shot 46 percent from the field and nine of 21 from the 3-point line as they poured in 66 points in the second and third quarters combined to take the lead going into the fourth quarter, only to fizzle down the stretch as the Lakers pulled away behind 21 fourth-quarter points from LeBron James.

The Pistons really surprised everyone on Monday when they easily took down the red-hot 76ers, but they’ve been terrible so far this season, so those wins will be few and far between. The Cavaliers have been decent so far and they were good enough to push the red-hot Lakers to the edge in their last outing. Larry Nance Jr. has already been ruled out for the Cavaliers while Blake Griffin will be rested for the Pistons. The Pistons are 2-7 ATS in the last nine meetings in Cleveland and I think that trend continues as the Cavaliers bounce back into the win column here. 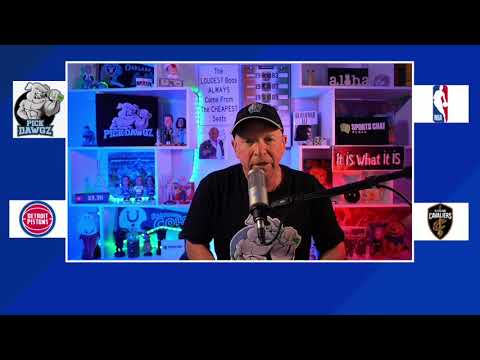