The Philadelphia 76ers and the Detroit Pistons duke it out at Little Caesars Arena on Monday night.

The Philadelphia 76ers have been in great form as they’ve won 12 of their first 17 games and they will be aiming for a fourth straight victory after outlasting the Pistons in a 114-110 road win on Saturday. Joel Embiid led the team with 33 points, 14 rebounds and two blocks, Ben Simmons added 20 points with nine rebounds and seven assists while Tobias Harris chipped in with 17 points, four rebounds and two blocks. As a team, the 76ers shot 45 percent from the field and eight of 23 from the 3-point line as they fought hard against the pesky Pistons, before escaping with clutch free throws from Simmons and Embiid in the final minute. Shake Milton scored just eight points on three of nine shooting, while Dwight Howard scored just five points before getting ejected after receiving his second technical.

Meanwhile, the Detroit Pistons have really been doing it tough this season as they’ve lost 13 of their first 16 games and they will be hoping to snap a four-game skid after falling short to the 76res on Saturday. Wayne Ellington led the team with 17 points on six of nine shooting, Svi Mykhailiuk scored 15 points off the bench while Jerami Grant and Josh Jackson each scored 11 points. As a team, the Pistons shot 43 percent from the field and 14 of 33 from the 3-point line as they never gave in despite trailing for most of the game. Jerami Grant has been the consistent scorer for the Pistons this season, but he shot just three of 19 from the field.

Blake Griffin is expected to be available for Monday which is a major boost to the Pistons who have struggled for points this season, but they will once again be without Derrick Rose who will miss his second straight game with a knee injury. The 76ers had their hands full on Saturday and they could be in for another close contest, but they are 6-1 ATS in the last seven meetings overall and I think that trend continues here as the 76ers should be too good once again. 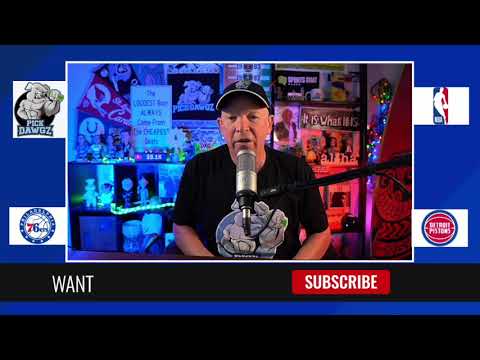