The Cleveland Cavaliers play host to the Los Angeles Lakers at the Rocket Mortgage FieldHouse on Monday night.

The Los Angeles Lakers have been in great form as they’ve won 13 of their first 17 games and they will be looking to stay hot after taking down the Bulls in a 101-90 road win on Saturday. Anthony Davis led the team with 37 points on 14 of 21 shooting, LeBron James added 17 points with 11 rebounds and six assists, while Montrezl Harrell and Talen Horton-Tucker each scored 10 points. As a team, the Lakers shot 45 percent from the field and a miserly four of 19 from the 3-point line, but this win was about their defense as they were never in danger after holding the Bulls to just 33 points in the first half to take a 30-point lead at halftime.

Meanwhile, the Cleveland Cavaliers have been in decent form as they’ve split their first 16 games of the season and they will be hoping to bounce back after having their three-game win streak halted by the Celtics in a 141-103 road loss last night. Collin Sexton led the team in scoring with 13 points, Jarrett Allen and Cedi Osman each scored 12 points while Andre Drummond chipped in with 11 points and two blocks. As a team, the Cavaliers shot 40 percent from the field and 10 of 33 from the 3-point line, but they were never really in the contest as they trailed by 73-51 at halftime, before allowing another 41 points in the third quarter to fall behind by as many as 41 points.

The Lakers have been on a tear lately and they will be full of confidence after dismantling the Bulls on Saturday with their defense alone. The Cavaliers have been one of the surprise teams in the league so far, but their confidence will be low after allowing a season-worst 141 points against the Celtics last night. This is a lot of points to cover on the road, but the Lakers are 5-2 ATS in the last seven meetings overall and I think that trend continues here. 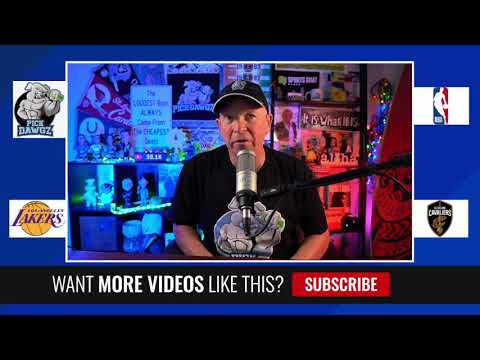