The Toronto Raptors and the Indiana Pacers duke it out at Bankers Life FieldHouse on Sunday afternoon.

The Toronto Raptors have been in decent form lately as they’ve won four of their last five games and they will be looking to maintain that momentum after taking down the Heat in a 101-81 home win on Friday. Norman Powell led the team with 23 points on 10 of 18 shooting in a rare start, OG Anunoby added 21 points on eight of 12 shooting, Pascal Siakam scored 15 points with 14 rebounds and five assists while Fred VanVleet chipped in with 13 points and seven assists. As a team, the Raptors shot 46 percent from the field and 17 of 40 from the 3-point line as they set the tone with 37 points in the first quarter to take an early double-digit lead, before running away with it in the fourth quarter where they held the Heat to just 17 points.

Meanwhile, the Indiana Pacers have lost four of their last seven games overall, but they will be looking to stay hot after outlasting the Magic in a 120-118 overtime win on Friday. Malcolm Brogdon led the team with 23 points and six assists, Myles Turner and Jeremy Lamb each scored 22 points while Domantas Sabonis racked up 18 points with 11 rebounds, nine assists and five steals. As a team, the Pacers shot 49 percent from the field and 12 of 34 from the 3-point line as they got off to a quick start, before having to rally in overtime as they outlasted the Magic in a game that involved 17 lead changes.

Kyle Lowry sat out Friday’s game with a toe infection and he is currently listed as questionable for Sunday, so the Raptors could be shorthanded once again. The Pacers have been solid this season and they will only get better as they move closer to full strength. The Raptors are 4-0 ATS in the last four meetings in Indiana, but I'm taking the Pacers to continue their nice form with a narrow win here. 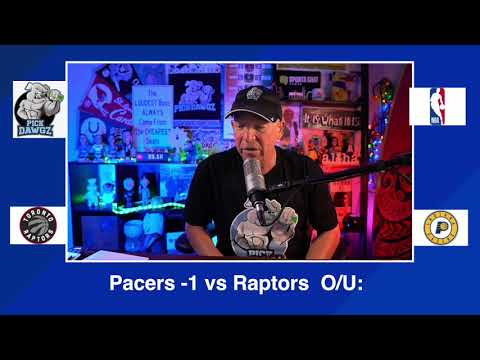