The Los Angeles Clippers play host to the Oklahoma City Thunder once again at the Staples Center on Sunday night.

The Oklahoma City Thunder have been in a bit of a rut as they’ve lost four of their last five games and they will be hoping to avoid a third straight defeat after getting routed by the Clippers in a 120-106 road loss on Friday. Shai Gilgeous-Alexander led the team with 30 points and eight assists, Luguentz Dort added 19 points while George Hill chipped in with 12 points. As a team, the Thunder shot 47 percent from the field and 14 of 42 from the 3-point line, but the truth is that they were never really in the contest after getting outscored by 36-18 in the first quarter as they fell behind by as many as 27 points before rallying late to keep the final scores respectable.

Meanwhile, the Los Angeles Clippers have been in red-hot form as they’ve won 12 of their first 16 games and they will be aiming for a seventh straight victory after Friday’s easy win over the Thunder. Kawhi Leonard led the team with 31 points, eight rebounds and three steals, Paul George added 29 points with seven rebounds and five assists while Serge Ibaka chipped in with 17 points and 11 rebounds. As a team, the Clippers shot 51 percent from the field and 10 of 33 from the 3-point line as they cruised in the second half after getting off to an early double-digit lead in the first quarter.

We’ve seen this season that it’s generally tough to beat the same team twice in a row, but it’s hard to see anything but another easy win for the Clippers who looked comfortable in their win on Friday. It’s tempting to take the Thunder with the line, but the Clippers have won their last four games by double-digits and I don’t want to get in front of them while they’re in this mood. 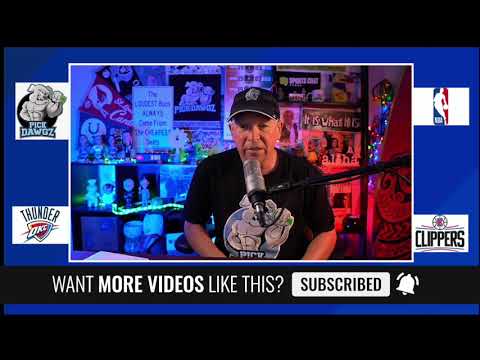