The Cleveland Cavaliers pay a visit to the Boston Celtics at the TD Garden on Sunday afternoon.

The Cleveland Cavaliers have been in decent form this season as they’ve won eight of their first 15 games and they will be aiming for a season-high fourth straight victory after upsetting the Nets in a 125-113 home win on Friday. Collin Sexton led the team with 25 points and nine assists, Andre Drummond added 19 points with 16 rebounds and four assists, Jarrett Allen scored 19 points on seven of nine shooting while Larry Nance Jr. chipped in with 15 points and 10 rebounds. As a team, the Cavaliers shot 51 percent from the field and eight of 25 from the 3-point line as they took it to the Nets in a tightly contested first half, before taking control with a 37-24 third quarter to lead by as many as 16 points. The Cavaliers committed 15 turnovers, but they made use of their size as they outscored the Nets in the paint by 70-46.

Meanwhile, the Boston Celtics have won eight of their first 14 games, but they’ve been in a bit of a rut as they’ll be hoping to snap a three-game skid after falling to the 76ers in a 122-110 loss on Friday. Jaylen Brown led the team with 42 points on 16 of 28 shooting, Marcus Smart added 20 points with seven assists while Kemba Walker chipped in with 19 points and five assists, but no other player finished in double figures. As a team, the Celtics shot 45 percent from the field and 12 of 30 from the 3-point line as they got off to a strong start with 33 points in the first quarter, but they couldn’t keep up the pace in the third quarter where the 76ers poured in 42 points to take control of the game.

The Cavaliers have been in pretty good form this season and they will be full of confidence as they’re coming into this one fresh off back to back wins over the new-look Nets. The Celtics have cooled off after a quick start to the season and they will again be without Jayson Tatum in this one. I think the Celtics snap out of their funk with a much-needed win here, but I think the pesky Cavaliers hang around long enough to get the cover here. 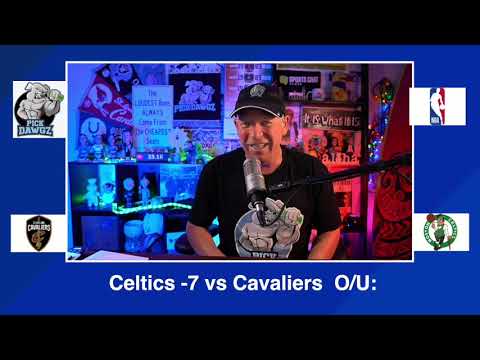