The Charlotte Hornets invade the Amway Center to do battle with the Orlando Magic on Sunday night.

The Charlotte Hornets have won just six of their first 15 games and they will be hoping to put a halt to a four-game skid after falling to the Bulls in a 123-110 loss on Friday. Gordon Hayward led the team with 34 points on 12 of 20 shooting, Devonte Graham added 24 points with six assists while PJ Washington chipped in with 16 points on seven of 14 shooting. As a team, the Hornets shot 49 percent from the field and a miserly seven of 32 from the 3-point line as they looked to be a step behind the Bulls right from the jump. The Hornets committed 20 turnovers while allowing the Bulls to pour in 95 points in the first three quarters.

Meanwhile, the Orlando Magic have been in a real slump as they’ve lost seven of their past eight games and they will be hoping to bounce back after falling just short against the Pacers in a 120-118 overtime loss on Friday. Evan Fournier led the team with 26 points and nine assists, Nikola Vucevic added 24 points with 12 rebounds, Aaron Gordon scored 17 points with nine rebounds and nine assists while Dwayne Bacon chipped in with 16 points in 17 minutes off the bench. As a team, the Magic shot 45 percent from the field and 17 of 37 from the 3-point line as they turned it over on the potential game-winning possession at the end of the fourth quarter, before blowing a five-point lead in overtime.

Here we have two teams struggling for form as the Hornets have lost four straight while the Magic have lost seven of their past eight. The Hornets are getting healthier and you feel it’s only a matter of time before they get on a roll with a young talent like LaMelo Ball on their bench and the same could be said for the Magic who were close to upsetting the Pacers in their last outing. This one could go either way, but I think the value is with the Hornets as underdogs in this one. 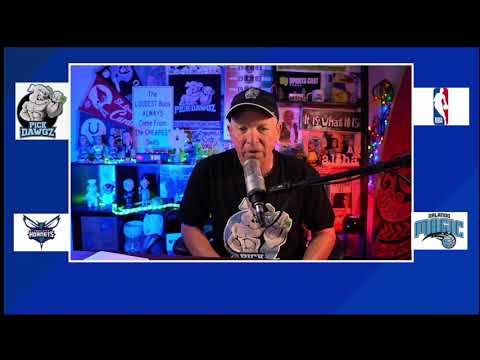