The Detroit Pistons play host to the Houston Rockets at Little Caesars Arena on Friday night.

The Houston Rockets have been in rough shape as they’ve lost five of their last six games and they will be hoping to avoid a fourth straight defeat after falling short against the Suns in a 109-103 loss on Wednesday. Eric Gordon and Victor Oladipo each scored 22 points while Christian Wood added 20 points with 11 rebounds and two blocks, but no other player finished in double figures. As a team, the Rockets shot just 42 percent from the field and 10 of 31 from the 3-point line as they struggled to find their offense early and quickly found themselves trailing by as many as 20 points, before seeing their rally in the second half fall short as they got to within three points.

Meanwhile, the Detroit Pistons have been doing it tough this season as they’ve lost 11 of their first 14 games and they will be hoping to avoid a third straight defeat after falling to the Hawks in a 123-115 overtime loss on Wednesday. Jerami Grant led the team with 32 points, six rebounds and five assists, Blake Griffin added 17 points with seven rebounds and four assists while Wayne Ellington chipped in with 16 points. As a team, the Pistons shot 45 percent from the field and 10 of 31 from the 3-point line as they exploded for 40 points in the third quarter to lead by as many as 17 points, before the Hawks ran them down to force overtime. The Pistons responded by opening with a 5-0 run, but that still wasn’t enough as they scored just four points in the final 4:04 allowing the Hawks to run them down again.

The Rockets have been in a rut lately and things are about to get tougher as they will be without Christian Wood for this one after he sprained his ankle on Wednesday. The Pistons have been struggling mightily this season and it’s going to be tough to bounce back after losing in overtime in a game they should’ve won twice. The Rockets could still without Wood as Oladipo and Gordon are both capable of having big scoring nights, but the Rockets are just 0-6 ATS in the last six meetings overall and I think that trend continues as the Pistons take advantage here to get the much-needed win. 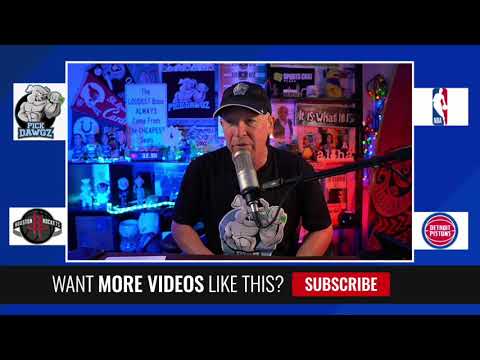