The Dallas Mavericks and San Antonio Spurs meet Friday in NBA action at the AT&T Center.

We've made a nice profit on the San Antonio Spurs in the underdog role dating back to the NBA bubble, but it feels like oddsmakers have caught on a bit and the Spurs are coming off some real ugly losses lately. The Dallas Mavericks have an offense that's starting to heat up, and they just absolutely torched a good Pacers team a couple of days ago. The Mavs have also won three of the last four meetings against the Spurs. This line is soft. Give me the Mavericks on the road. 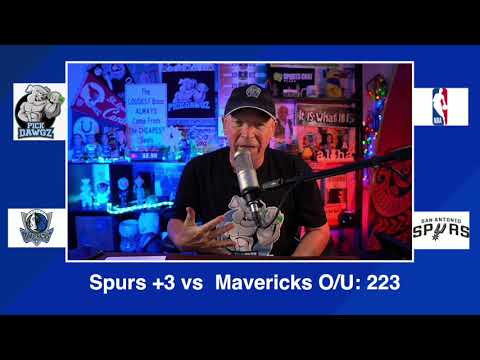