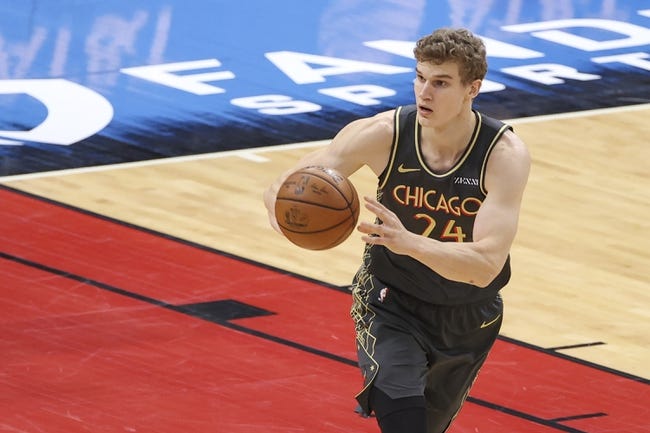 The Chicago Bulls and the Charlotte Hornets duke it out at the Spectrum Center on Friday night.

The Chicago Bulls have won six of their first 14 games of the season and they will be aiming for a third straight win after outlasting the Rockets in a 125-120 home win on Monday. Zach LaVine led the team with 33 points and seven assists on 11 of 16 shooting, Lauri Markkanen added 18 points while Garrett Temple and Denzel Valentine each scored 13 points. As a team, the Bulls shot 46 percent from the field and 20 of 45 from the 3-point line as they took control of the game early by holding the Rockets to just 16 points in the first quarter, before holding off a late charge as the Rockets cut their 17-point lead to just three points late.

Meanwhile, the Charlotte Hornets have been in a rut as they’ve lost six of their past 10 games and because they had their last game postponed, they haven’t played since their 116-113 loss to the Raptors on Saturday. Gordon Hayward led the team with 25 points on seven of 13 shooting, Terry Rozier added 24 points with nine rebounds, Devonte Graham added 20 points with seven assists while PJ Washington chipped in with 14 points, 12 rebounds and five assists. As a team, the Hornets shot 43 percent from the field and 15 of 36 from the 3-point line as they fought back from a 13-point deficit to take the lead in the fourth quarter, only to fall just short as the Raptors escaped on free throws down the stretch.

Otto Porter Jr is a chance to return in this one which would be a handy boost for the Bulls who have found a bit of form over their last couple of games. The Hornets have shown glimpses of their potential this season, but they haven’t really been able to build any momentum so far with LaMelo Ball still playing off the bench. I can see why the Hornets would be favored in this spot as the Bulls are 0-5 ATS in the last five meetings in Charlotte. However, I like what I’ve seen from the Bulls in their last two games and I think they can pull off the minor upset in this one behind big games from LaVine and Markkanen.