The Brooklyn Nets will be looking for revenge against the Cleveland Cavaliers at the Rocket Mortgage FieldHouse on Friday night.

The Brooklyn Nets have been in nice form as they’ve won six of their past nine games, but they will be looking to bounce back in this one after having their four-game win streak halted by the Cavaliers in a 147-135 double overtime loss on Wednesday. Kevin Durant led the team with 38 points, 12 rebounds, eight assists and four blocks, Kyrie Irving added 37 points on 15 of 28 shooting, while James Harden racked up a triple-double of 21 points with 10 rebounds and 12 assists. As a team, the Nets shot 45 percent from the field and 15 of 41 from the 3-point line as they rallied back from a 13-point deficit in the fourth quarter to force overtime, but the momentum stayed with the Cavaliers after they forced a second overtime with a 3-pointer at the buzzer.

Meanwhile, the Cleveland Cavaliers have been in decent form so far as they’ve split their first 14 games and they will be aiming for a third straight win after Wednesday’s thrilling win over the Nets. Collin Sexton led the way with 42 points and five assists on 16 of 29 shooting, Cedi Osman added 25 points with seven rebounds and seven assists, Taurean Prince scored 17 points while Larry Nance Jr. and Damyean Dotson each scored 15 points. As a team, the Cavaliers shot 51 percent from the field and 20 of 40 from the 3-point line as they brought the fight to the Nets and never let up despite squandering a 13-point fourth quarter lead as they rode the hot hand of Sexton who delivered in the overtime periods.

The Cavaliers would have taken so much confidence from their thrilling double-overtime win over the revamped Nets on Wednesday and they’ve surprised a few teams this season, but it’s always tough beating the same team twice in a row, especially a team as talented as the Nets who were debuting their new lineup. The Nets will be disappointed with the loss as all members of their Big Three put up monster numbers, but I expect them to bounce back here. The Cavaliers did a nice ambush job on Wednesday after a couple of postponed games, but I think we’re going to see a strong response from the Nets here. 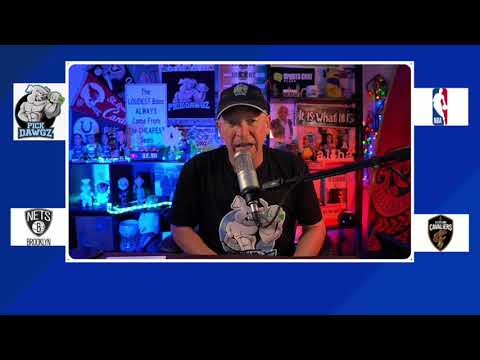