The Miami Heat pay a visit to the Toronto Raptors at the Amalie Arena on Wednesday night.

The Miami Heat have been in a bit of a rut as they’ve lost four of their last six games, but they will be looking to build some momentum after snapping a three-game skid with a 113-107 win over the Pistons on Monday. Bam Adebayo led the team with 28 points, 11 rebounds and five assists, Goran Dragic added 22 points while Duncan Robinson and Kendrick Nunn each scored 18 points. As a team, the Heat shot a sizzling 57 percent from the field and 12 of 30 from the 3-point line as they struggled early and fell behind by 19 points in the first quarter, before chipping away and taking control in the second and third quarters where they outscored the Pistons by a combined 64-44.

Meanwhile, the Toronto Raptors struggled to get going at the start of the season, but they’ve finally found a bit of form as they will be aiming for a fourth straight victory after blowing out the Mavericks in a 116-93 home win on Monday. Kyle Lowry led the team with 23 points, nine rebounds and seven assists, Chris Boucher added 21 points, 10 rebounds and three blocks off the bench, Pascal Siakam scored 19 points with five assists while Norman Powell chipped in with 17 points. As a team, the Raptors shot 50 percent from the field and 12 of 33 from the 3-point line as they struggled to shake off the Mavericks in the first half, before outscoring them by 69-46 in the second half to make it a complete blowout.

The Heat will once again be shorthanded for this one as Jimmy Butler is scheduled to miss his fifth straight contest while Tyler Herro is listed as questionable. The Raptors are finally on a nice run after a horrid start to the season and they will take plenty of confidence from their dominant win over the Mavericks on Monday. You could make an argument for either side here, but I’m sticking with the Raptors to continue their resurgence with a narrow win here. 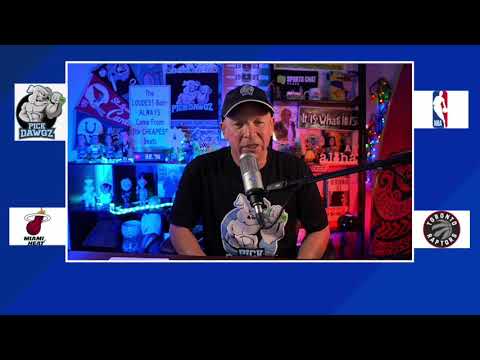