The Indiana Pacers play host to the Dallas Mavericks at Bankers Life Fieldhouse on Wednesday night.

The Dallas Mavericks have been in a bit of a rut as they’ve lost three in a row and they will be hoping to bounce back in this one after getting routed by the Raptors in a 116-93 road loss on Monday. Kristaps Porzingis led the team with 23 points, nine rebounds and two blocks, Trey Burke added 17 points off the bench while Luka Doncic chipped in with 15 points, seven rebounds and nine assists. As a team, the Mavericks shot just 37 percent from the field and nine of 36 from the 3-point line as they tied the game going into halftime, before getting blown out in the second half by 69-46 as they had no answer for the Raptors’ Kyle Lowry who scorched them for 23 points on nine of 12 shooting.

Meanwhile, the Indiana Pacers have enjoyed a strong start to the season as they’ve won eight of their first 13 games, but they will be hoping to bounce back in this one after getting blown out by the Clippers in a 129-96 road loss on Sunday. Doug McDermott led the team with 23 points on nine of 12 shooting, Domantas Sabonis added 19 points with 14 rebounds and six assists, Malcolm Brogdon scored 16 points with eight assists while Justin Holiday chipped in with 15 points. As a team, the Pacers shot just 41 percent from the field and 11 of 38 from the 3-point line as they fought back after a slow start, only to get run off the court in the second half where they were outscored by 68-41.

The Mavericks will be eager to put an end to an ugly three-game skid after getting dismantled by the struggling Raptors on Monday. The Pacers were in nice form before getting routed by the Clippers but they could again be without Myles Turner who is currently listed as questionable with an avulsion fracture in his right hand. This should be a close one, but I like the Mavericks to get the win here if Turner isn’t available to suit up for the Pacers. 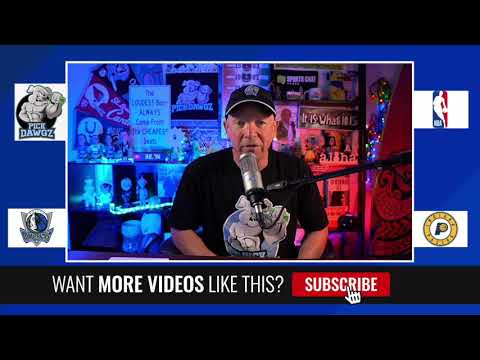