The Brooklyn Nets and the Cleveland Cavaliers duke it out at the Rocket Mortgage FieldHouse on Wednesday night.

The Brooklyn Nets have been in fine form lately as they’ve won six of their past eight games and they will be gunning for a fifth straight victory after taking down the Bucks in a 125-123 home win on Monday. James Harden led the team with 34 points and 12 assists, Kevin Durant added 30 points with nine rebounds and six assists, Joe Harris scored 20 points while DeAndre Jordan chipped in with 12 points, 12 rebounds and two blocks. As a team, the Nets shot 54 percent from the field and 15 of 31 from the 3-point line as they poured in 37 points in the third quarter, before escaping with the narrow win behind a clutch 3-pointer from Durant to take the lead with 38 seconds remaining. Kyrie Irving missed his seventh straight game, but he is expected to play on Wednesday.

Meanwhile, the Cleveland Cavaliers will be eager to get their season back on track after having their last two games postponed. The Cavaliers haven’t played since they beat the Knicks by 106-103 back on Friday. Andre Drummond led the team with 33 points, 23 rebounds and two blocks, Cedi Osman added 25 points with five assists while Larry Nance Jr chipped in with 14 points, nine rebounds and five assists. As a team, the Cavaliers shot 45 percent from the field and nine of 27 from the 3-point line as they rode the hot hand of Drummond who dominated the paint on both ends of the floor.

The Nets have been playing well lately and they’ve been particularly impressive in their last two games as Harden has fit in nicely with his new team. The Cavaliers will be fully rested for this one as they haven’t played since Friday, but it’s hard to imagine them pulling off the upset here, especially with Irving expected to return to the lineup. The Nets are 25-9 ATS in the last 34 meetings in Cleveland and I think that trend continues as the Nets maintain their momentum with a win and cover here. 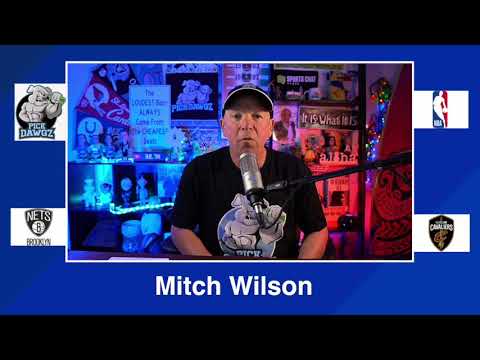