The Boston Celtics and the Philadelphia 76ers duke it out at the Wells Fargo Center on Wednesday night.

The Boston Celtics have been in strong form so far this season as they’ve won eight of their first 12 games, but they will be looking to bounce back in this one after getting routed by the Knicks in a 105-75 home loss on Sunday. Jaylen Brown led the team with 25 points on nine of 20 shooting, while Marcus Smart chipped in with 10 points on four of 15 shooting, but no other player finished in double figures. As a team, the Celtics shot a horrid 29 percent from the field and just seven of 46 from the 3-point line as they managed just 17 points in the first quarter to fall behind by double-digits early, only to get blown out in the second half by 57-40. Kemba Walker finished with just nine points on three of 13 shooting while Jeff Teague and Semi Ojeleye combined for four points on zero of 10 shooting.

Meanwhile, the Philadelphia 76ers have been in decent form this season as they’ve won nine of their first 14 games, but they will be looking to get their season back on track after having their last game postponed. In Saturday’s 106-104 loss to the Grizzlies, Shake Milton led the team with 28 points on 10 of 18 shooting, Tobias Harris added 21 points while Ben Simmons racked up 11 points with 16 rebounds and nine assists. As a team, the 76ers shot poor figures of 44 percent from the field and seven for 25 from the 3-point line, but what really hurt them was their 23 turnovers.

The Celtics will be eager to atone for their last performance after suffering their worst loss of the season to the Knicks no less, but they will once again be without Jayson Tatum who is out due to health and safety protocol. The 76ers have cooled off a bit since their hot start to the season, but the good news is that Joel Embiid is expected to return to the lineup in this one. It’s tempting to go with the Celtics who will certainly come out firing here, but the 76ers are 5-2 ATS in their last seven home games and I think that can keep that trend going with another win in this one. 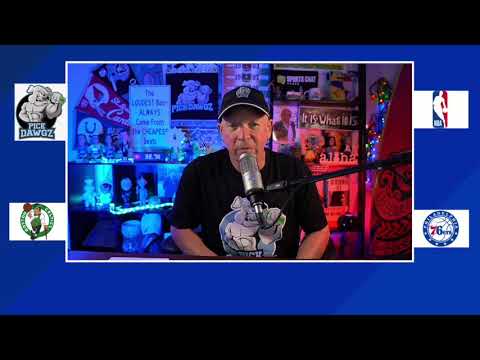