The Oklahoma City Thunder and the Denver Nuggets duke it out at the Ball Arena on Tuesday night.

Meanwhile, the Denver Nuggets have been in rough shape to start the season as they’ve lost seven of their first 13 games and they will be hoping to bounce back after falling just short to the Jazz in a 109-105 loss on Sunday. Nikola Jokic led the team with 35 points, 14 rebounds and nine assists while Jamal Murray added 30 points on 11 of 27 shooting, but no other player finished in double figures. As a team, the Nuggets shot just 40 percent from the field and 14 of 37 from the 3-point line as they led for most of the first half, but they managed just 21 points in the pivotal third quarter and never recovered. Michael Porter Jr. missed a ninth straight game due to health and safety protocols.

The Thunder will once again be shorthanded as both Al Horford and Trevor Ariza are out due to personal reasons, but they’ve won their last three road games and haven’t played since Friday. The Nuggets are clearly the better team in this matchup, but they’ve been shaky in their first 13 games and they are 4-10-1 ATS in their last 15 games overall. I do think the Nuggets get the win in this one, but this just feels like too many free points for the Thunder who are 6-1 ATS in their last seven road games. I’ll take the Thunder to keep this one to single digits. 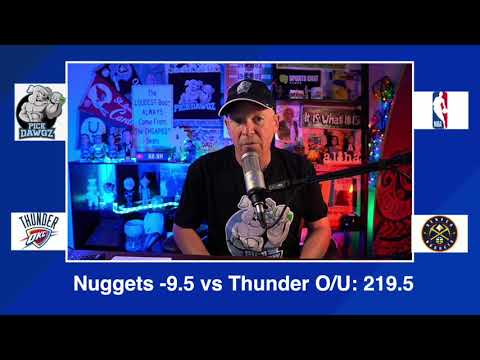