The Minnesota Timberwolves and the Atlanta Hawks collide at the State Farm Arena on Monday afternoon.

The Minnesota Timberwolves have been in a major rut as they’ve lost eight of their last nine games and they will be hoping to get their season back on track after having their last game postponed. In Thursday’s 118-107 loss to the Grizzlies, Malik Beasley led the team with 28 points and five assists, while Karl-Anthony Towns and D’Angelo Russell each scored 25 points. As a team, the Timberwolves shot 43 percent from the field and nine of 37 from the 3-point line as they poured in 32 points in the third quarter to start pulling away from the Grizzlies, only to get blown out by 38-17 in a fourth quarter collapse despite leading by as many as 12 points.

Meanwhile, the Atlanta Hawks started their season hot, but they’ve been in a serious rut as they’ve now lost six of their past eight games after falling to the Trailblazers in a 112-106 road loss on Saturday. Trae Young led the way with 26 points and 11 assists, Clint Capela added 25 points with 15 rebounds and four blocks while DeAndre Hunter chipped in with 15 points. As a team, the Hawks shot 43 percent from the field and a miserly six of 30 from the 3-point line as they set the tone with 38 points in the first quarter to take the early lead, only to get run down in the second half where they managed just 40 points. Young had a rough shooting night as he made just seven of 23 from the field and one of nine from the 3-point line as he was made to work on the defensive end against the Trailblazers’ Damian Lillard who poured in 36 points.

The Timberwolves just haven’t been able to build any momentum this season which has been disappointing given the young talent they have on their roster. The Hawks have really cooled off after a hot start to the season and they will be eager to bounce back after dropping a winnable game against the Trailblazers. I think Young bounces back from his poor shooting performance to lead the Hawks to a win here, but the line just seems too high for the Hawks who are only 1-4 ATS in their five home games this season. Let’s take the Timberwolves with the handy start in a game that could go either way. 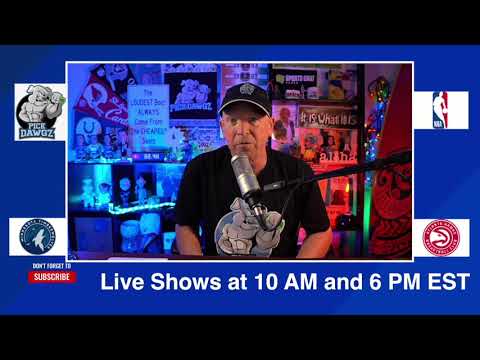