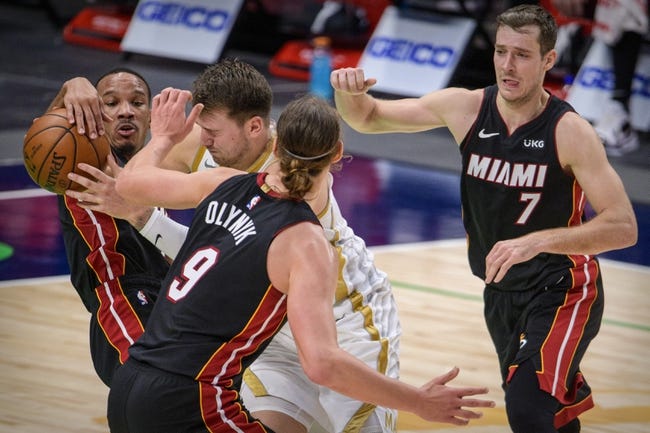 The Detroit Pistons and the Miami Heat duke it out at the AmericanAirlines Arena on Monday afternoon.

The Detroit Pistons have been in terrible form so far this season as they’ve lost nine of their first 12 games, but they will be hoping to build some momentum after blowing past the shorthanded Heat in a 120-100 road win on Saturday. Jerami Grant led the team with 24 points, nine rebounds, six assists and four blocks, Derrick Rose added 23 points off the bench while Blake Griffin chipped in with 15 points and eight assists. As a team, the Pistons shot 50 percent from the field and 18 of 46 from the 3-point line as they trailed at halftime, before taking control of the game in the third quarter where they outscored the Heat by 38-19 behind a scoring spurt from Rose who scored 23 points in just 21 minutes of action.

Meanwhile, the Miami Heat have really struggled with injuries this season as they’ve lost seven of their first 11 games and they will be hoping to snap a three-game skid after Saturday’s loss to the Pistons. Bam Adebayo led the team with 28 points with seven rebounds and six assists, Duncan Robinson added 22 points on six of 10 shooting, Kz Okpala added 16 points while Goran Dragic chipped in with a double-doubleof 12 points with 10 assists off the bench. As a team, the Heat shot 47 percent from the field and 12 of 29 from the 3-point line, but the problems were on the defensive end as they never recovered after allowing 38 points in the third quarter. Tyler Herro sat out the game with back spasms but has been upgraded to questionable, while Jimmy Butler is still out due to health and safety precautions.

Head to head, the over is 10-4 in the last 14 meetings overall and the Pistons are 2-5 ATS in the last seven meetings in Miami.

The Pistons were in terrible form before they ambushed the Heat on Saturday, but it will be impressive if they can replicate that performance with another win here. The Heat will once again be shorthanded for this one with Butler already ruled out, but they should have more than enough to bounce back here, especially if Herro is able to suit up in this one. It’s always tough to beat the same team twice in a row and the Pistons are only 2-5 ATS in the last seven meetings in Miami. With that being said, I’m sticking with the Heat to snap out of their funk with a much-needed win here. 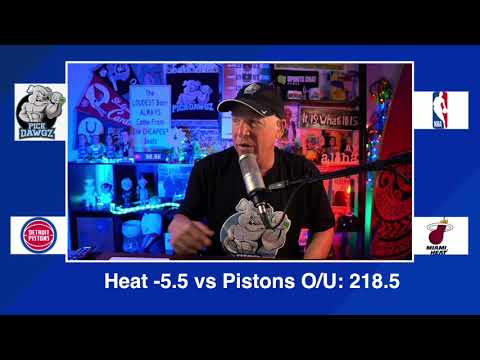