The New York Knicks travel to the TD Garden to do battle with the Boston Celtics on Sunday afternoon.

The New York Knicks have been in a serious rut lately as they will be hoping to snap a five-game skid after falling painfully short to the Cavaliers in a 106-103 road loss on Friday. Julius Randle led the team with 28 points and six assists, Isaiah Quickley added 23 points and four assists while RJ Barrett chipped in with 20 points, but no other player finished in double figures. As a team, the Knicks shot 48 percent from the field and nine of 25 from the 3-point line as they rallied back from a 12-point deficit only to fall short against a severely shorthanded Cavaliers team missing three of their starters. Reggie Bullock returned from a two-game absence to finish with four points in 31 minutes of action.

Meanwhile, the Boston Celtics have been in great form so far this season as they’ve won eight of their first 11 games and they will be gunning for a fifth straight win after blowing past the Magic in a 124-97 win on Friday. Jaylen Brown led the team with 21 points and eight assists, Jeff Teague added 17 points while Payton Pritchard chipped in with 16 points off the bench. As a team, the Celtics shot 51 percent from the field and 17 of 42 from the 3-point line as they dominated right from the tipoff to finish with 34 points in the first quarter, before finishing in a flurry with 36 points in the fourth quarter to make it a complete blowout.

Head to head, the under is 15-7 in the last 22 meetings in Boston and the Knicks are 1-4 ATS in the last five meetings overall.

The Knicks were surprising some teams at the start of the season, but they’ve looked like a mess during their five-game skid. The Celtics didn’t let three postponed games in a row slow them down as they destroyed the Magic on Friday and they are 5-1 ATS in their last six home games. The Knicks have gone 0-5 ATS during their five-game losing streak and I think that trend get extended here as the Celtics should be too good at home. 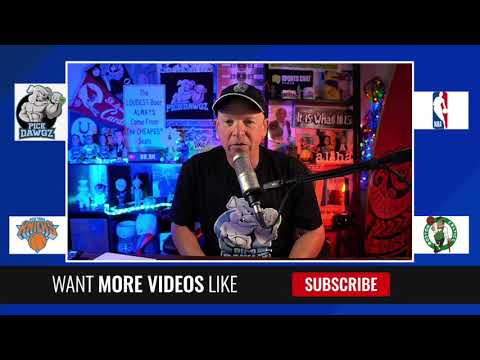