The Chicago Bulls and the Dallas Mavericks collide at the American Airlines Center on Sunday afternoon.

The Chicago Bulls have lost eight of their 12 games this season and they will be looking to snap a four-game skid after falling painfully short against the Thunder in a 127-125 overtime loss on Friday. Zach LaVine led the team with 35 points, seven rebounds and six assists, Coby White added 22 points with nine rebounds and seven assists while Lauri Markkanen and Wendell Carter Jr. each scored 16 points. As a team, the Bulls shot 47 percent from the field and a sizzling 21 of 46 from the 3-point line as they dominated most of the game to lead by as many as 22 points, before falling victim to a ferocious comeback led by a career-high 33 points from the Thunder’s Shai Gilgeous-Alexander as they scored just seven points in overtime.

Meanwhile, the Dallas Mavericks have won six of their first 11 games and they were aiming for a fifth straight victory before getting stopped by the Bucks in a 112-109 road loss on Friday. Luka Doncic led the team with 28 points, nine rebounds and 13 assists, Tim Hardaway Jr.  added 22 points on nine of 17 shooting while Kristaps Porzingis chipped in with 15 points, 10 rebounds and two blocks. As a team, the Mavericks shot 46 percent from the field and 13 of 36 from the 3-point line as they fell behind by as many as 14 points, before seeing their rally fall just short as the Bucks escaped on clutch baskets from Khris Middleton who finished with 25 points.

The Bulls still haven’t been able to find much consistency this season as they’ve struggled with injuries, but they were close in their overtime loss to the Thunder and generally look better with Markkanen back in the starting lineup. The Mavericks were riding a four-game win streak before falling just short to the red-hot Bucks, so they are clearly the team in better form here. The Mavericks are 5-0 ATS in their last five games overall and I think we’re going to see that trend continue here as the Mavericks should like their chances here. 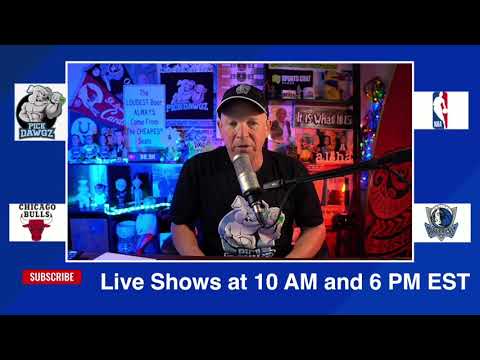