The San Antonio play host to the Houston Rockets at the AT&T Center for an early Saturday night showdown.

The Houston Rockets have had to endure a rocky start to the season as they’ve won just four of their first 10 games, but they will be looking to build some momentum after upsetting the red-hot Spurs in a 109-105 on Thursday in their first game since trading away James Harden. Christian Wood was the best player on the floor as he led the team with 27 points, 15 rebounds and three blocks while draining five 3-pointers, Sterling Brown added 23 points on nine of 17 shooting while Jae’Sean Tate chipped in with 13 points, 10 assists and two blocks. As a team, the Rockets shot 48 percent from the field and 13 of 33 from the 3-point line, but this win was all about making a statement in their first game since trading away Harden. The Rockets played like a team on a mission and it paid off in the end as they edged out the Spurs in a game that looked destined for overtime in the final seconds.

Meanwhile, the San Antonio Spurs will be looking for revenge as they had won four of five games before getting ambushed by the shorthanded Rockets on Thursday. Keldon Johnson had the hot hand as he led the team with 29 points on 12 of 16 shooting, Lonnie Walker added 16 points, DeMar DeRozan scored 13 points with seven assists in his first game back while Dejounte Murray chipped in with 10 points, eight rebounds, seven assists and five steals. As a team, the Spurs shot 45 percent from the field and nine of 31 from the 3-point line as they looked to be in control after leading by nine points late in the fourth quarter, until the Rockets closed the game on a 19-6 run in the final 4:27 to escape with the win. LaMarcus Aldridge made just one of six from the 3-point line to finish with 11 points while Patty Mills finished with just seven points on three of 10 shooting.

The Rockets really played hard for 48 minutes to escape with the win on Thursday, which will give them plenty of confidence as they look to move on from the Harden chapter. John Wall and Eric Gordon were both missing on Thursday and neither are expected to be available so the Rockets will again be shorthanded. The Spurs were on a nice run before falling painfully short on Thursday as DeRozan rimmed on the shot that would’ve forced overtime and they are only 3-9 ATS in their last 12 games against a team with a losing record. This is a tough one to pick as I wouldn’t be shocked if the Rockets pulled off the upset again, but it’s always tough to beat the same team twice in a row. With that being said, I think we’re going to see a response from the Spurs who were playing great before Thursday. 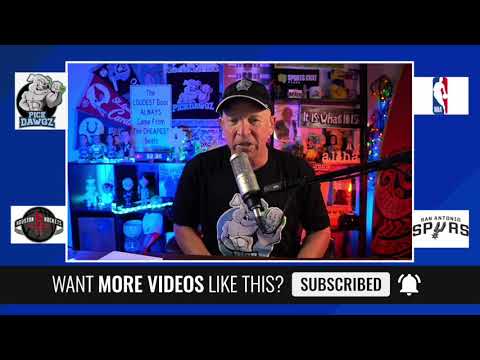