The Milwaukee Bucks play host to the Dallas Mavericks at the Fiserv Forum on Friday night.

The Dallas Mavericks endured a slow start to the season, but they’ve been in great form lately as they will be looking to build on their current four-game win streak after taking down the Hornets in a 104-93 road win on Wednesday. Luka Doncic led the way with 34 points, 13 rebounds and nine assists, Tim Hardaway Jr. added 18 points while Kristaps Porzingis chipped in with 16 points in 21 minutes of action. As a team, the Mavericks shot just 41 percent from the field and 15 of 46 from the 3-point line, but they did most of their damage in the first quarter where they outscored the Hornets by 32-16 to lead by as many as 22 points early.

Meanwhile, the Milwaukee Bucks have been one fire lately as they’ve won six of their last seven games and they will be aiming for a fourth straight victory after taking down the Pistons in a 110-100 road win on Wednesday. Giannis Antetokounmpo led the way with a triple-double of 22 points with 10 rebounds and 10 assists, Jrue Holiday added 21 points with five assists while Bryn Forbes chipped in with 13 points off the bench. As a team, the Bucks shot 48 percent from the field and 19 of 43 from the 3-point line as they held the Pistons to just 13 points in the first quarter to take an early double-digit lead, but they never quite blew out the Pistons who hung around for the entire contest.

We are in for a good one as two of the hottest teams in the league collide on Friday night. The Mavericks have won four straight and will only get better as Porzingis continues to work himself back into the rotation while the Bucks are coming into this one with plenty of momentum with six wins in their last seven. The Mavericks are 12-3-2 ATs in the last 17 meetings overall and I think the free points are going to come in handy in what should be a close one. 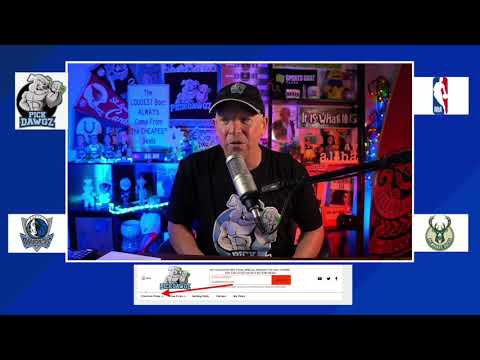