The Toronto Raptors play host to the Charlotte Hornets at the Amalie Arena on Thursday night.

The Charlotte Hornets have been in decent shape as they’ve split their first 12 games and they were riding a four-game win streak before last night’s 104-93 loss to the Mavericks. Terry Roizer led the team with 18 points, Gordon Hayward and PJ Washington each scored 16 points while Devonte Graham chipped in with 12 points, but no other player finished in double figures. As a team, the Hornets shot just 38 percent from the field and 10 of 38 from the 3-point line as they struggled to find offense early and were quickly behind by double digits after scoring just 16 points in the first quarter. LaMelo Ball scored just four points on two of eight shooting, Miles Bridges scored just four points on two of nine shooting while Hayward shot just five of 15 from the field.

Meanwhile, the Toronto Raptors have been in a real funk so far as they’ve lost eight of their first 10 games and they will be hoping to bounce back after falling to the Trailblazers in a heartbreaking 112-111 road loss on Monday. Pascal Siakam led the team with a triple-double of 22 points with 13 rebounds and 10 assists, Chris Boucher drained five 3-pointers to finish with 20 points off the bench while OG Anunoby and Kyle Lowry each scored 18 points. As a team, the Raptors shot 44 percent from the field and 19 of 47 from the 3-point line as they looked to be in control after leading by 14 points early in the fourth quarter, only to get pipped in the final seconds as the Trailblazers’ CJ McCollum drained the go-ahead bucket with 9.9 seconds remaining. Siakam did have a chance to win it but missed on a 3-footer as time expired, giving the Raptors their second straight loss by just one point.

The Hornets were in red-hot form but you wouldn’t have known it from last night’s performance as they never really in the contest after falling behind by double digits early against the Mavericks. The Raptors just haven’t been able to buy a win lately and they must be feeling so unlucky as their last two losses were by one point. The Hornets are the team in better form and they are 16-7 ATS in the last 23 meetings in Toronto, but I’m with the extra rest, I think the Raptors can turn their luck around with a much-needed win here. 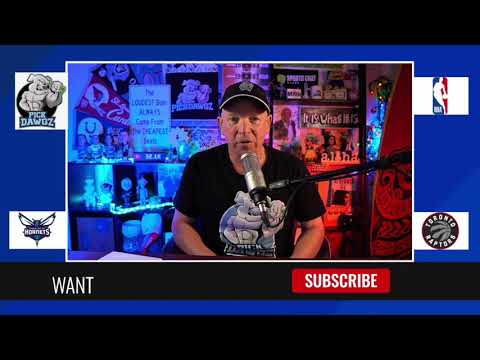