The Utah Jazz pay a visit to the Cleveland Cavaliers at the Rocket Mortgage FieldHouse on Tuesday night.

The Utah Jazz have been in solid form lately as they’ve won four of their past six games and they will be gunning for a third straight win after taking down the Pistons in a 96-86 road win on Sunday. Donovan Mitchell led the team with 28 points on nine of 18 shooting, Mike Conley added 22 points with six assists while Jordan Clarkson chipped in with 18 points off the bench. As a team, the Jazz shot 42 percent from the field and 11 of 35 from the 3-point line as they dominated the first half to lead by as many as 20 points before holding the Pistons to just 18 points in the fourth quarter to escape with the win.

Meanwhile, the Cleveland Cavaliers have been in a major rut lately as they’ve lost six of their last eight games and they will be hoping to avoid a third straight loss after last night’s 101-91 loss to the severely shorthanded Grizzlies. Andre Drummond led the team with 19 points, 14 rebounds and three assists, Cedi Osman and Damyean Dotson each scored 14 points while Larry Nance Jr. chipped in with 13 points. As a team, the Cavaliers shot 45 percent from the field and 11 of 26 from the 3-point line as they started quick but were always a step behind the grizzlies are scoring just 19 points in the second quarter.

Collin Sexton was expected to make his return last night, but was a late scratch which gave plenty of opportunity to Dotson who enjoyed 37 minutes of action last night. The Cavaliers haven’t looked like the same team that opened the season with three straight wins and I don’t think we’re going to see that level of play from them until their backcourt duo of Garland and Sexton return. With that being said, I think the Nuggets have been in great form and they should be good enough to get the win and cover on the road in this one. 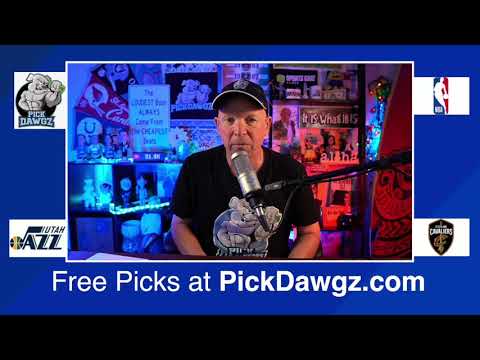