The Oklahoma City Thunder have turned things around over the last week or so, but I still don't trust their offense to score down the stretch and this is a team I like more in the larger underdog role. The San Antonio Spurs are a club we've backed a lot since the NBA bubble, and while their straight up results are inconsistent, they continue to compete and cover numbers. In a near pick em spot, I trust the Spurs more. I'll lay the bucket here. 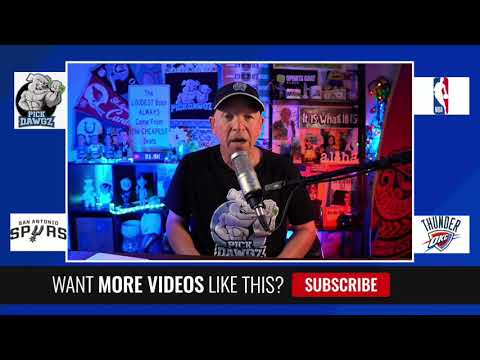