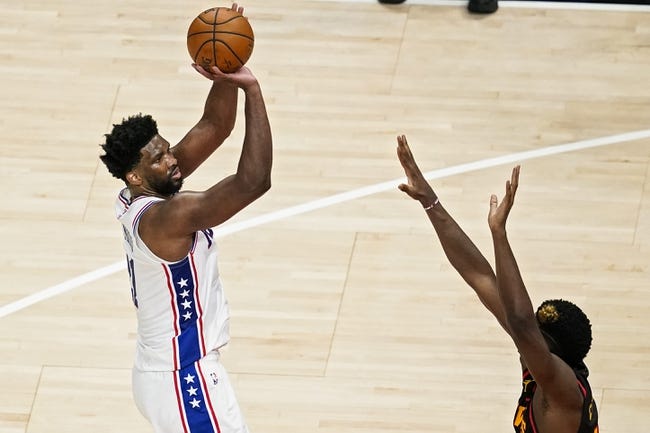 The Miami Heat and the Philadelphia 76ers duke it out at the Wells Fargo Center on Tuesday night.

The Miami Heat have been in decent form as they’ve split their eight games this season and they will be eager to get on the court after having their last meeting against the Celtics postponed. In the team’s last outing which was a 128-124 win over the Wizards, Tyler Herro led the team with 31 points on 12 of 20 shooting, Jimmy Butler scored 26 points while Goran Dragic chipped in with 21 points and five assists off the bench as the Heat hung with the Wizards in a free-flowing contest, before taking control with their defense as they held the Wizards to just 15 points in the third quarter to lead by as many as 24 points which was just enough to get the win in the end.

Meanwhile, the Philadelphia 76ers were sitting pretty atop the league standings after winning seven of their first eight games, but they’re suddenly looking to snap a three-game skid after last night's 112-94 road loss to the Hawks. Joel Embiid led the team with 24 points and 11 rebounds, Tyrese Maxey scored 15 points while Isaiah Joe chipped in with 18 points and four assists off the bench. As a team, the 76ers shot just 40 percent from the field and eight of 36 from the 3-point line as they jumped out of the gates to an early lead with 32 points in the first quarter, before getting absolutely blown out in the second and third quarters by a combined 69-33 to fall behind by as many as 35 points.

The Heat could really do with a win to get back in a groove after having their last game postponed while the 76ers will be sweating on the availability of a bunch of players after going in with a makeshift lineup last night. The Heat will be without key players in Jimmy Butler, Bam Adebayo and Goran Dragic, so we're going to see a lot of new faces in this meeting. With that being said, I do think the 76ers bounce back here, but I'm sticking with the Heat and the points.