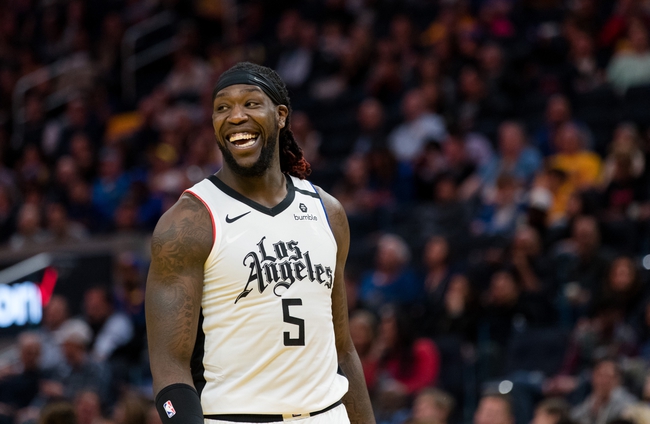 In the first round, Derrick Jones Jr., playing with the Milwaukee Bucks, outlasted Kevin Durant, who played with the New Jersey Nets, 78-62. The game remained close most of the time until a late run in the 4th quarter put Jones up for good and made the final result a little misleading. Both players were clearly functional 2K gamers, but neither stood out to me as particularly impressive when held against the rest of the field in this tournament. Jones Jr. is probably the better gamer by a few rungs on the hypothetical ladder, but I think he was nervous to play against Durant in that kind of national television spotlight one-on-one, and he was very quiet and unassuming the entire time, and I think it affected his play quite a bit. There’s a good chance Jones Jr. is a much better player than he looked like the first 3 quarters of this game and it showed when he pulled away late as he got more comfortable.

In the first round, Montrezl Harrell, playing with the Los Angeles Clippers, defeated Domantas Sabonis, who played with the Indiana Pacers, 73-51. Although I have to give these guys points for picking their own teams, Harrell had a distinct advantage by having the Clippers in this match-up. This was honestly one of the least inspiring games of the first round, and I think both these players would have lost to a lot of the other players in the field. It’s a shame the seeding was decided by an insane barometer of in-game player ratings rather than an actual assessment of each player’s skill at the game, but the results of a bad decision aren’t made better by hindsight. Each player seemed vaguely familiar with 2K at best, but their light-hearted banter was fun to watch and it was at least enjoyable from the standpoint of the players’ personalities.

I think this match-up would be a lot better if we had Michael Porter Jr. playing against Donovan Mitchell, both of whom are better 2K players than these two by a mile, but we have to pick the games we have, not the ones we want. I think Jones Jr. is substantially better than Harrell, and at only -120 the value is pretty insane to me. I would have put him at -250 or more, but here’s hoping Vegas is slow to adjust to handicapping gamers like this if I’m correct.