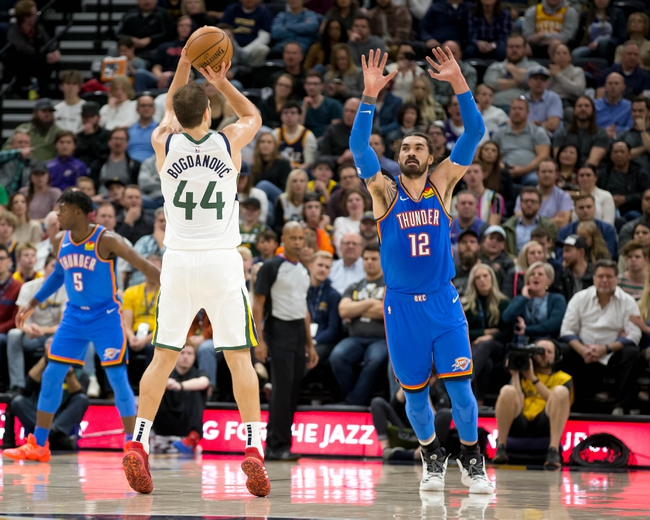 The Utah Jazz pay a visit to the Oklahoma City Thunder at the Chesapeake Energy Arena on Wednesday.

The Utah Jazz have been in great form as they've won nine of their past 14 games, but they will be looking to bounce back after having their five-game win streak halted by the Raptors in a 101-92 home loss on Monday. Joe Ingles led the team with 20 points and six assists off the bench, Royce O'Neale added 15 points while Mike Conley chipped in with 13 points, six rebounds and seven assists. As a team, the Jazz shot 39 percent from the field and 16 of 43 from the 3-point line as they fought hard to take an 87-85 lead midway through the fourth quarter, before the Raptors closed the game on a 16-5 run to steal the game late.

Meanwhile, the Oklahoma City Thunder have been in red-hot form as they've won 12 of their last 16 games and they will be aiming for a fourth straight victory after escaping Boston with a 105-104 road loss on Sunday. Chris Paul led the team with 28 points iwth seven assists, Dennis Schroder added 27 points with six assists off the bench while Danilo Gallinari chipped in with 18 points on six of 17 shooting. As a team, the Thunder shot 44 percent from the field and 10 of 25 from the 3-point line as they rallied back from an 18-point deficit, before stealing the game on a clutch layup from Schroder with 8.5 seconds remaining. Shai Gilgeous-Alexander sat out the game with a hip injury, but he is available for Wednesday.

The Jazz have been streaky this season, but they were building nicely before getting stopped by the Raptors in their last outing. The Thunder have quietly been one of the hottest teams in the league and they will be getting a big boost with Gilgeous-Alexander expected to return to the lineup after sitting out on Sunday. This should be a close contest, but the Jazz are 1-7 ATS in the last eight meetings overall and I think that trend continues as I have the Thunder staying hot with another win and cover at home. 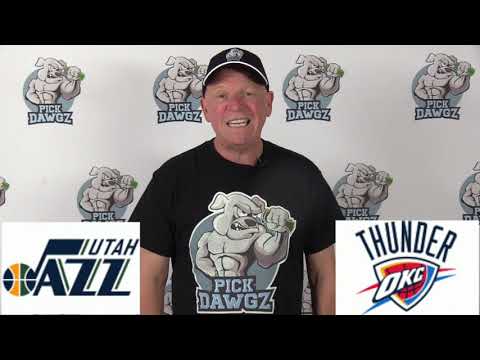