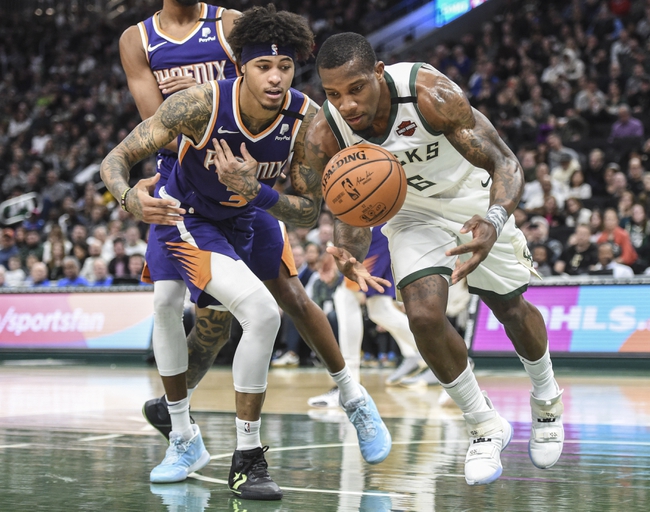 The Milwaukee Bucks and the Phoenix Suns duke it out at the Talking Stick Resort Arena on Sunday night.

The Milwaukee Bucks have been in red-hot form lately as they've won 12 of their last 15 games, but they will be aiming to bounce back after getting stopped in their tracks by the Lakers in a 113-103 road loss on Friday. Giannis Antetokounmpo led the team with 32 points, 11 rebounds and six assists, Donte DiVincenzo provided the spark off the bench with 17 points and four assists while Brook Lopez chipped in with 13 points. As a team, the Bucks shot 41 percent from the field and 12 of 43 from the 3-point line as they started well on the defensive end to hold the Lakers to just 19 points in the first quarter, but they leaked 39 points in a disastrous third quarter as they were always fighting an uphill battle after allowing the Lakers to go on a decisive 18-0 run. Khris Middleton had a night to forget as he shot just five of 19 to finish with just 12 points.

Meanwhile, the Phoenix Suns haven't been at their best lately as they've lost five of their last eight games, but they will be feeling better after snapping a four-game skid with a 127-117 home win on Friday. Aron Baynes led the team with a monster game of 37 points with 16 rebounds and two blocks, Dario Saric added 24 points on nine of 13 shooting, Devin Booker scored 23 points with 12 assists while Ricky Rubio chipped in with 13 points and 10 assists. As a team, the Suns shot 49 percent from the field and a sizzling 19 of 42 from the 3-point line as they set the tone with 34 points in the first quarter, before making another run in the third quarter to lead by as many as 26 points in one of the best games of the season.

Head to head, the under is 8-3 in the last 11 meetings overall and the Bucks are 4-1 ATS in the last five meetings in Phoenix.

The big news is that Giannis Antetokounmpo is currently listed as doubtful for Sunday with a left knee concern, so the Bucks will likely be shorthanded for this one. The Suns weren't looking good at all during their four-game skid, but now they will be hoping for an encore performance after shooting the lights out in their last game. The Bucks are 4-1 ATS in the last five meetings in Phoenix, but with Giannis out and Middleton in a bit of a shooting slump, I think the Suns can do just enough to get the cover at home.