The Chicago Bulls and the Brooklyn Nets duke it out at the Barclays Center on Sunday.

The Chicago Bulls have been in a world of pain as they've lost 12 of their last 14 games and they will be hoping to avoid a third straight defeat after falling just short to the Pacers in a 108-102 home loss on Friday. Coby White led the team in scoring with 26 points and six assists off the bench, Shaquille Harrison added 25 points on nine of 14 shooting while Danzel Valentine chipped in with 13 points. As a team, the Bulls shot just 41 percent from the field and nine of 38 from the 3-point line, but they were slow out of the gates and were always fighting an uphill battle after falling behind by 16 points at halftime.

Meanwhile, the Brooklyn Nets have been in poor form as they've lost five of their last seven games, but they will be looking to build some momentum after taking down the Spurs in a 139-120 blowout win on Friday. Caris LeVert led the team with a triple-double of 27 points with 11 rebounds and 10 assists, Joe Harris added 20 points while Spencer Dinwiddie and Timothe-Luwawu-Cabarrot each scored 19 points. As a team, the Nets shot a healthy 53 percent from the field and 15 of 36 from the 3-point line as they set the tone with 41 points in the first quarter to lead by as many as 33 points as they turned in one of their most dominant performances of the season.

The Bulls are playing some fearless basketball at the moment, but it's really been out of desperation as they haven't been able to build any momentum with all the injuries they've had to deal with. The Nets haven't been a consistent team all season, but they've beaten the Celtics and the Spurs in two of their last three games and they seem to be heating up with LeVert really picking up his production. The Bulls are just 2-7 ATS in the last nine meetings overall and I think that trend continues here as they should be too good for the slumping Bulls. 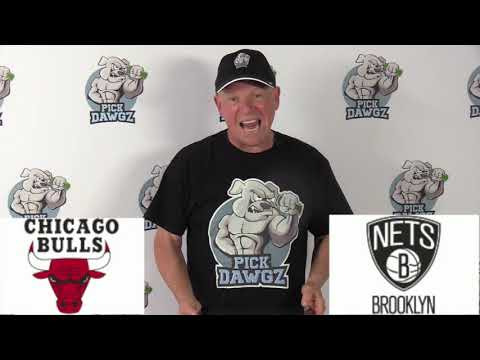