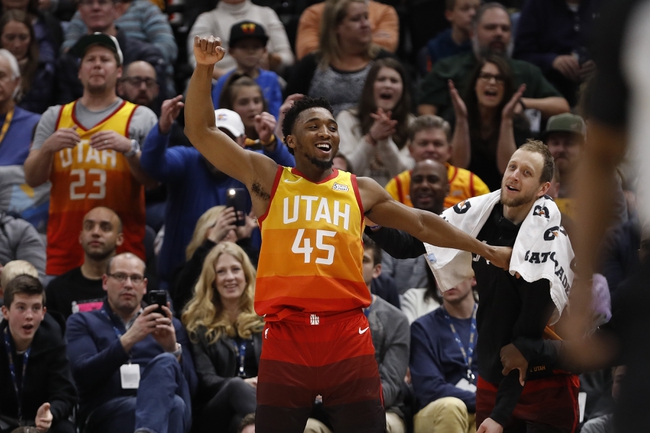 The Detroit Pistons play host to the Utah Jazz at Little Caesars Arena on Saturday night.

The Utah Jazz have been in decent shape lately as they've won eight of their last 12 games and they will be gunning for a fifth straight victory after escaping Boston with a 99-94 road win last night. Mike Conley drained a season-high six 3-pointers to lead the team with 25 points and five assists, Jordan Clarkson added 17 points off the bench while Donovan Mitchell finished with just 11 points on three of 15 shooting. As a team, the Jazz shot 45 percent from the field and 17 of 45 from the 3-point line as they poured 62 points in the first half to lead by as many as 16 points, before holding surviving a fourth-quarter rally from the shorthanded Celtics.

Meanwhile, the Detroit Pistons have been in a real slump lately as they’ve lost nine of their last 10 games and they will be hoping to avoid a third straight defeat after falling to the Thunder in a 114-107 home loss on Wednesday. Christian Wood led the team with 29 points, nine rebounds and three assists on 12 of 16 shooting, Brandon Knight added 18 points with seven assists while Jordan McRae chipped in with 15 points off the bench. As a team, the Pistons shot 46 percent from the field and 18 of 43 from the 3-point line as they hung in the contest with 64 points in the first half, before fading away in the third quarter where the Thunder outscored them by 25-18 to lead by as many as 16 points. The Pistons didn’t go down without a fight as they clawed back from the deficit to take the lead with 4:27 remaining but they just couldn’t get over the line.

The Jazz have been a little streaky lately, but a win over the Celtics will do wonders for their confidence. The Pistons have been in a horrible slump as the injuries have crippled their ability to build any momentum, but they were more than competitive in their narrow loss to the Thunder in their last outing. The Jazz are 12-2 ATS in the last 14 meetings in Detroit while the Pistons are just 5-15 ATS in their last 20 home games, but this line just seems too hefty for the Jazz who are playing on zero day's rest. Give me the Jazz to get the win, but I think the Pistons hang around long enough to get the cover at home. 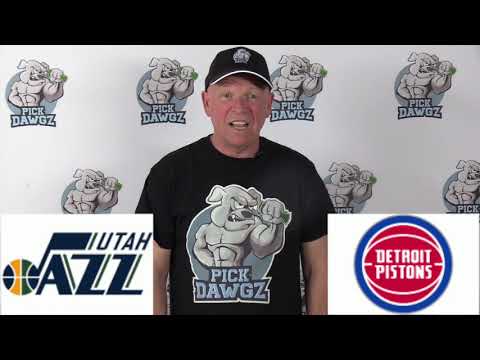