The Miami Heat and the New Orleans Pelicans duke it out at the Smoothie King Center on Friday night.

The Miami Heat have won five of their last seven games and they will be aiming for a fifth straight victory after sneaking past the Magic in a 116-113 home win on Wednesday. Duncan Robinson drained a career-high nine 3-pointers to lead the team with 27 points, Goran Dragic added 25 points and nine assists off the bench while Kelly Olynyk chipped in with 16 points off the be bench. Jimmy Butler scored just 12 points but contributed seven rebounds and eight assists while Bam Adebayo scored just 10 points and four assists. As a team, the Heat shot 51 percent from the field and a franchise-record 22 of 44 from the 3-point line as they edged out the Magic behind their perimeter shooting.

Meanwhile, the New Orleans Pelicans have been in rough shape lately as they’ve lost four of their last five games and they will be hoping to put an end to a three-game skid after falling just short to the Mavericks in a 127-123 overtime road loss on Wednesday. Brandon Ingram led the team with 27 points and four assists on 11 of 22 shooting, Lonzo Ball drained seven 3-pointers to finish with 25 points, 11 rebounds and six assists, Zion Williamson scored 21 points while Jrue Holiday chipped in with 19 points and six assists. As a team, the Pelicans shot 43 percent from the field and 17 of 46 from the 3-point line as they fought hard in the fourth quarter to force overtime, only to get edged out as the Mavericks’ Luka Doncic scorched them with a triple-double.

These two squads last met on Nov 16 and it was the Heat who rolled to a 109-94 win, but so much has changed since then as the Pelicans have looked like a different team with Williamson in the lineup. The Heat are just 1-6 ATS in their last seven road games, but they are 4-0 ATS in the last four meetings against the Pelicans. This is a close one to call as the Pelicans can beat any team on their night, but they’ve been a little below their best, so I’m sticking with the more consistent Heat team to get the win and cover here. 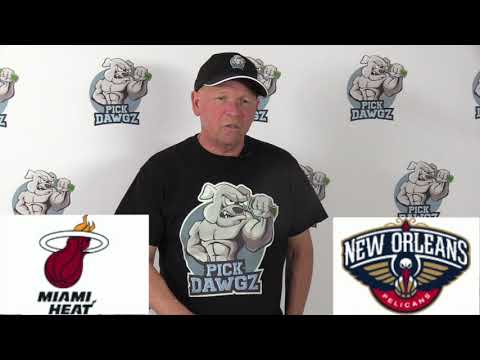