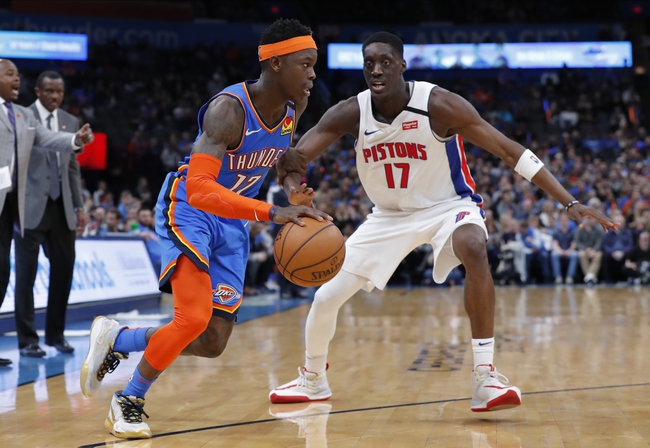 The Oklahoma City Thunder have been in great form lately as they've won nine of their past 13 games, but they will be looking to avoid a third straight defeat after getting thrashed by the Clippers in a 109-94 home loss last night. Dennis Schroder was the lone bright spot for the Thunder as he led the way with 24 points off the bench, Shai Gilgeous-Alexander and Danilo Gallinari each scored 15 points while Chris Paul chipped in with 14 points and seven assists. As a team, the Thunder shot just 41 percent from the field and nine of 28 from the 3-point line as they never really looked threatening in this game as they fell into an early double-digit deficit and never made any ground until the fourth quarter.

Meanwhile, the Detroit Pistons have been in a real slump as they've lost 13 of their last 16 games and they will be hoping to bounce back after falling to the Kings in a 106-100 road loss on Sunday. Christian Wood led the team with 20 points and 12 rebounds, Brandon Knight added 16 points and seven assists off the bench and Sviatoslav Mykhailiuk chipped in with 14 points on four of 11 shooting. As a team, the Pistons shot 41 percent from the field and 18 of 42 from the 3-point line as they squandered an early 21-point deficit to fall behind by as many as 14 points before seeing their fourth quarter rally come up short.

The Thunder will still be licking their wounds after getting routed by the Clippers last night, but they will be keen to get back on the court against the slumping Pistons who are coming into this one off a narrow loss to the Kings. The Pistons are one of those teams who are playing with nothing to lose, so they're a dangerous team if you don't show up ready to compete, but the Thunder will be keen to bounce back after last night's bad loss and I think they get the win and cover here. 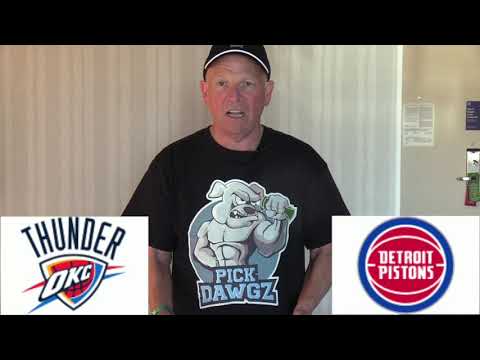