The Dallas Mavericks pay a visit to the Minnesota Timberwolves at the Target Center on Sunday afternoon.

The Dallas Mavericks have been in decent shape as they’ve won four of their last six games, but they are coming into this one looking to bounce back after getting stopped by the Heat in a 126-118 road loss on Friday. Seth Curry drained eight 3-pointers on his way to 37 points on 13 of 15 shooting, Kristaps Porzingis added 24 points with 13 rebounds while Luka Doncic chipped in with 23 points and 10 assists. As a team, the Mavericks shot 47 percent from the field and a sizzling 21 of 50 from the 3-point line as they looked to be in control after pouring in 38 points in the third quarter to lead by five points, before the Heat responded with 38 points of their own in the fourth quarter to escape with the win.

Meanwhile, the Minnesota Timberwolves have been in terrible form as they’ve lost 19 of their last 21 games and they will be hoping to bounce back after falling to the Magic in a 136-125 road loss on Friday. D’Angelo Russell led the team with 28 points and seven assists, Juan Hernangomez added 18 points with 13 rebounds and five assists while Malik Beasley and James Johnson each scored 17 points. As a team, the Timberwolves shot 48 percent from the field and 17 of 44 from the 3-point line as they found themselves in a real battle as they hung in the contest right till the end despite allowing the Magic to shoot over 54 percent from the field.

The Mavericks could once again be shorthanded for this one as Doncic is currently listed as questionable for Sunday with an injured thumb, while Evan Turner will sit out for the Timberwolves for personal reasons. The Mavericks are 16-7 ATS in the last 23 meetings in Minnesota and they’re clearly the better team at this stage, but the Timberwolves are a dangerous team when they’re playing with nothing to lose. This should be a close one for the most part, but in the end I have the Mavericks pulling away for the win and cover here. 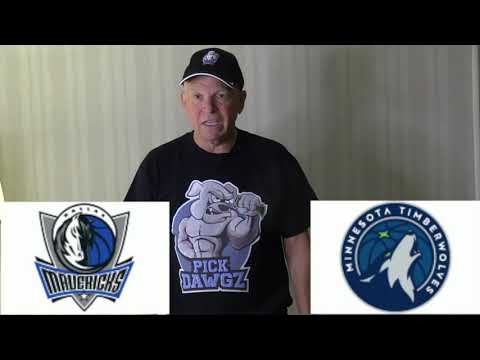