The Sacramento Kings pay a visit to the Memphis Grizzlies at the FedExForum on Friday night.

The Sacramento Kings have been in decent shape as they’ve won six of their past nine games, but they will be looking to bounce back after having their three-game win streak halted by the Thunder in a 112-108 road loss last night. Harrison Barnes led the team with 21 points and five assists, Harry Giles III added 19 points while Nemanja Bjelica chipped in with 18 points, nine rebounds and two assists. As a team, the Kings shot 45 percent from the field and 12 of 35 from the 3-point line as they played well in the first half to lead by as many as 19 points before the Thunder ran them down in the second half where they scored 62 points.

Meanwhile, the Memphis Grizzlies have been in a bit of a rut as they've lost five of their last seven games and they will be hoping to stop a four-game skid after getting thrashed by the Rockets in a 140-112 road loss on Wednesday. Dillon Brooks led the team with 22 points on nine of 26 shooting, Jonas Valanciunas added 16 points with 10 rebounds while Ja Morant chipped in with just 12 points and nine assists. As a team, the Grizzlies shot 39 percent from the field and 13 of 39 from the 3-point line, but the writing was on the wall early in this one as the Grizzlies were always fighting a losing battle after falling behind by 36 points going into halftime.

The Kings were on a nice little run before getting stopped by the red-hot Thunder last night, so they will be looking to get back into the win column against the Grizlies who have been in a bit of a slump with five losses in their last seven games. The Kings are 1-5 ATS in the last six meetings in Memphis, but they’ve won the last two meetings between the teams and will have De'Aaron Fox back on the court after he sat out last night with an abdominal injury. 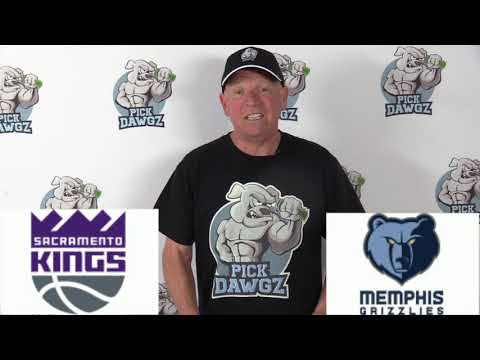