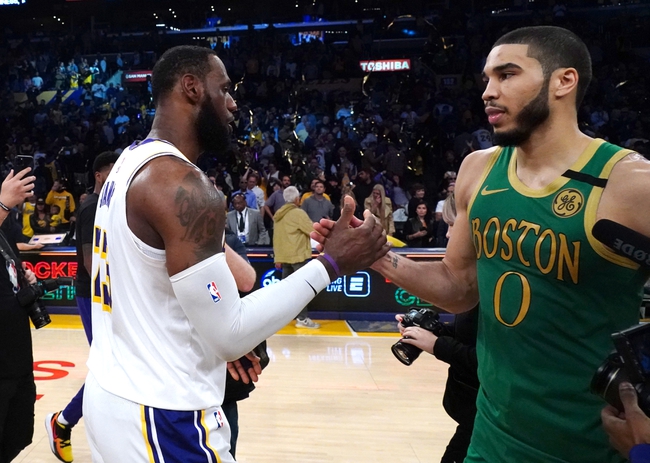 Another week has been played in the NBA. With playoff battles developing, it should be quite an exciting finish to the regular season. Let’s take a look at the power rankings as of now.

The Bucks are the first team in the league to clinch a playoff berth. They have a 6.5 game lead on Toronto for the first seed in the Eastern Conference.

The Lakers have won five in a row, including a two-point home victory over Boston in their most previous game.

Toronto has won two straight games at home against the Suns and Pacers as they prepare for a home game against Giannis and the Bucks on Tuesday.

Denver took care of business against Minnesota at home, which snapped a two-game losing streak.

Boston lost a close one to the Lakers at the Staples Center on Sunday. They currently are the third seed in the Eastern Conference.

Houston is starting to heat up after three straight wins, two of which being on the road.

Miami has the luxury of playing a home-and-home against Cleveland, in which they already won the first half at home.

The Clippers have dropped their last three games, which is very unlike them. They have also lost four of their last five overall.

The Jazz seem to get really hot and then freeze after a while. Two straight losses for Utah at home.

Watch out, here comes OKC. They are on a three-game win streak against solid Western Conference teams.

Dallas received a tough loss on the road against Atlanta, but are still in a good position in the West.

Philly lost by 21 to Milwaukee on the road, which snapped their four-game win streak. They have to be able to compete on the road, as they have lost their last six away from home.

Indiana took a stinker against Toronto on the road, 127-81. Losses like that are demoralizing for any team in any situation.

Back-to-back losses for Memphis put them right at .500 on the season thus far.

Brooklyn dominated the Hornets on the road, 115-86, in their last game. They have won three of their last four overall.

The Pelicans have won two straight road games against the Trail Blazers and Warriors. They have also won five of their last six overall.

Orlando dropped a home game to Dallas in their last game. That snapped a two-game home win streak for the Magic.

The Spurs dropped their last game, 131-103, to the Thunder on the road. Their eight-game road trip finally has ended.

Portland took down Detroit by three at home, which snapped a three-game slide for the Trail Blazers.

The Kings pulled out two, underdog-like wins against Memphis and LAC in their last two games.

The Suns have won two of their last three games overall, taking down Chicago and Golden State recently.

Washington has dropped two straight against Cleveland and Chicago. They now have the daunting task of taking on the Bucks at home tonight.

The Bulls were able to put an end to their eight-game losing streak with a win over Washington.

The Hornets’ three-game win streak was snapped with a bad loss to Brooklyn at home.

Detroit is on a six-game losing streak currently, and their upcoming schedule does not look too promising.

The Hawks have won two straight against some pretty tough competition. Atlanta has shown promising signs for the near future.

The Knickerbockers have dropped their last three games overall, coming after their four-game win streak.

The Timberwolves have lost four in a row, as per usual. It has been a messy season for Minnesota.

Cleveland snapped their two-game win streak with a road loss to Miami.

The Warriors are on a six-game losing streak and their defense has struggled badly this entire season. They are currently 33 games under .500.