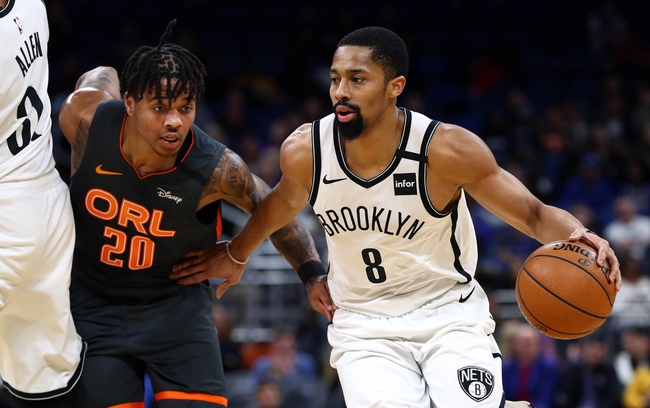 The Orlando Magic and the Brooklyn Nets collide at the Barclays Center on Monday night.

The Orlando Magic have been in poor form for a while now as they’ve lost nine of their past 12 games and they will be hoping to snap out of their funk after getting routed by the Mavericks in a 122-106 home loss on Friday. Evan Fournier led the team with 28 points on 10 of 19 shooting, Nikola Vucevic added 27 points with 12 rebounds and four steals while Terrence Ross chipped in with 19 points off the bench. As a team, the Magic shot just 39 percent from the field and a miserly nine of 43 from the 3-point line as they rallied back from an early 18-point deficit to take the lead in the third quarter, only to get blown out in the fourth quarter where the Mavericks ran away with it.

Meanwhile, the Brooklyn Nets have quietly been playing some of their best basketball of the season as they’ve won eight of their past 12 games and they will be looking to stay hot after blowing past the Hornets in a 115-86 road win on Saturday. Timothe Luwawu-Cabarrot led the team with 21 points off the bench, Caris LeVert added 17 points with six steals while Garrett Temple chipped in with 15 points, 11 rebounds and three assists. As a team, the Nets shot 48 percent from the field and 17 of 47 from the 3-point line as they started well to take a 10-point lead going into halftime, before they made their run in the third quarter where they led by as many as 25 points before cruising in the fourth.

The Magic have been mired in a slump for a while now and they must be low on confidence after getting thrashed by the Mavericks as they had no answer for Luka Doncic. The Nets have been in decent shape lately as they’re seemingly player better with Kyrie Irving on the sidelines and they will be feeling good after dismantling the Hornets on Saturday. The Magic are just 2-10 ATS in their last 12 games overall while the Nets are 5-0 ATS in their last five home games and 6-1 ATS in their last seven games overall. I’m sticking with the Nets to continue their recent surge with another win and cover against this slumping Magic team.