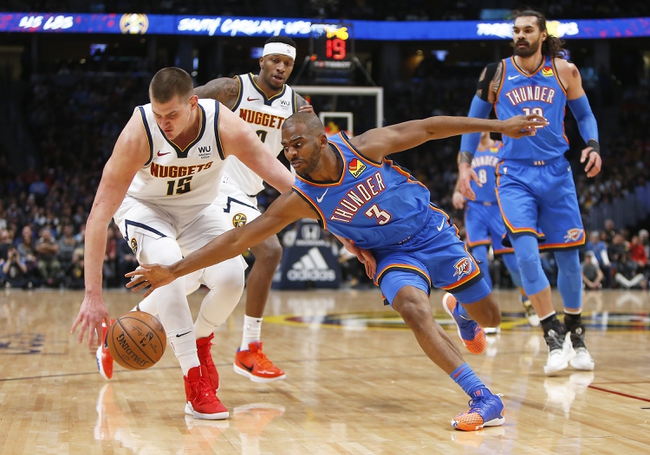 The Denver Nuggets and the Oklahoma City Thunder duke it out at the Chesapeake Energy Home Arena on Friday night.

The Denver Nuggets have been in great form as they’ve won eight of their last 11 games before having their four-game win streak halted by the Lakers in a 120-116 overtime home loss on Feb 12. Jamal Murray led the team in scoring with 32 points and 10 assists, Nikola Jokic added 22 points with 11 rebounds and six assists while Jerami Grant chipped in with 15 points. As a team, the Nuggets shot 50 percent from the field and 11 of 25 from the 3-point line as they squandered an early 13-point lead to trail by as many as 11 points, before falling flat in overtime where they scored just five points against the defense of the Lakers.

Meanwhile, the Oklahoma City Thunder have been in strong form as well as they’ve won 10 of their past 13 games and they will be looking to stay hot after escaping New Orleans with a 123-118 road win on Feb 13. Danilo Gallinari led the team in scoring with 29 points on 12 of 18 shooting from the field, Dennis Schroder added 22 points off the bench, Shai Gilgeous-Alexander added 17 points with seven assists while Chris Paul chipped in with 14 points, eight rebounds and 12 assists. As a team, the Thunder shot 50 percent from the field and 13 of 27 from the 3-point line as they set the tone with 66 points in the first half, but it was a battle to the end as the Pelicans hung around thanks to 32 points from Zion Williamson.

This should be a good one as both the Nuggets and the Thunder have been playing well lately and with the playoffs just around the corner, I’m expecting this to be a close one. The Thunder have been playing some of their best basketball of the season and they will be feeling confident following their road win over the Pelicans, but the Nuggets are 10-1 ATS in the last 11 meetings overall and 5-0 ATS in the last five meetings in Oklahoma City. Also, the Thunder are only 1-4 ATS in their last five home games, so I’m sticking with the Nuggets in this encounter. 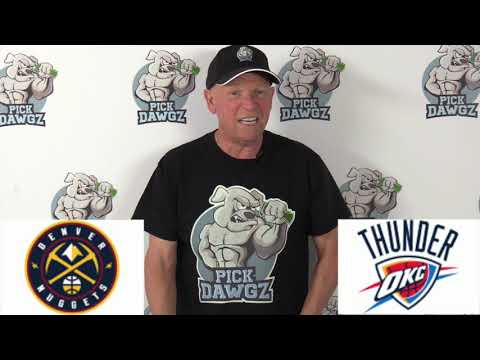