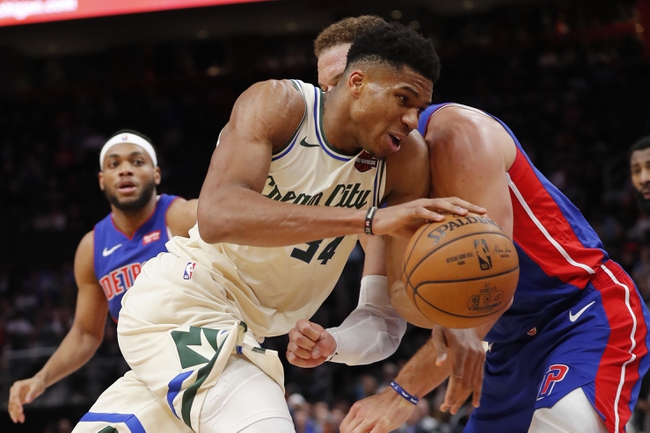 The Milwaukee Bucks and the Detroit Pistons duke it out at Little Caesars Arena on Thursday night.

The Milwaukee Bucks were in great shape heading into the All-Star break as they've won 14 of their last 16 games, but they will start their playoff run looking to bounce back after falling short at Indiana in a 118-111 road loss on Wednesday. Donte DiVincenzo led the team in scoring with 19 points off the bench, Khris Middleton added 17 points with five assists while Eric Bledsoe chipped in with 15 points and four assists. As a team, the Bucks shot just 40 percent from the field and 13 of 37 from the 3-point line as they left themselves too much ground to make up after falling behind by 68-45 going into halftime. It has to be said that the Bucks were without their best player in Giannis Antetokounmpo, but he is expected to make his return following his All-Star appearance.

Meanwhile, the Detroit Pistons were in a rut heading into the All-Star break as they've lost 10 of their last 12 games and they will be hoping to avoid a fifth straight defeat after getting stopped by the Magic in a 116-112 overtime road loss on Wednesday. Christian Wood led the team with 26 points, 12 rebounds and two blocks, Thon Maker added 18 points while Tony Snell chipped in with 16 points and five assists. As a team, the Pistons shot 43 percent from the field and 18 of 45 from the 3-point line as they rallied back from a 22-point deficit to force overtime where they managed just four points.

This is the part of the season where the contenders really separate themselves from the rest of the league and I expect to see that in effect in this game as the Bucks should be raring to make their run towards the playoffs following the All-Star break. The Pistons weren’t playing well heading into the break and it’s hard to imagine them pulling off the upset in this contest. The Bucks are 19-7-2 ATS in the last 28 meetings overall and I think that trend continues here as they should be too good for this slumping Pistons team.

Get Premium Picks Start Winning Now »
The pick in this article is the opinion of the writer, not a PickDawgz site consensus.
Previous Pick
NBA Power Rankings - All 30 Teams: 2/17/20
Next Pick
Atlanta Hawks vs. Miami Heat - 2/20/20 NBA Pick, Odds, and Prediction 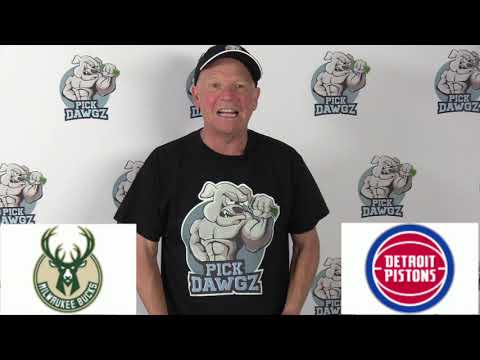