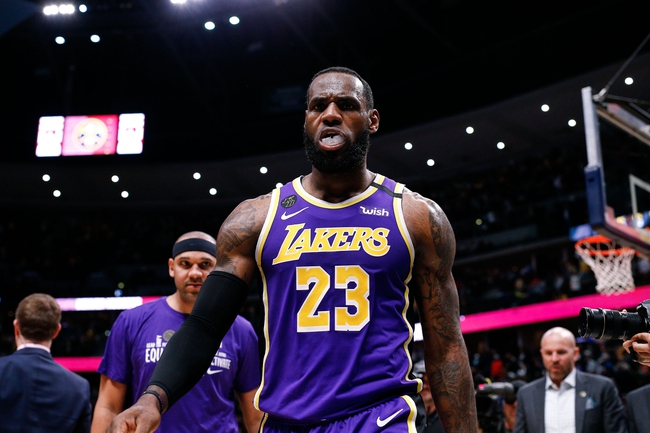 Team Giannis and Team LeBron take the stage in the 2020 NBA All-Star Game on Sunday night.

The NBA All-Star draft kicked off with Team LeBron being awarded the first pick and there was no surprise that LeBron went with his running mate in Anthony Davis and in the blink of an eye had himself a formidable starting lineup of LeBron James, Anthony Davis, Kawhi Leonard, Luka Doncic and James Harden. Meanwhile, in the second round of the draft, Lebron filled out his roster with Ben Simmons, Jayson Tatum, Russell Westbrook, Nikola Jokic, Domantas Sabonis and Chris Paul along with Devin Booker who makes his first All-Star appearance in place of Damian Lillard who is out with a groin injury.

Meanwhile, Team Giannis elected to go with Joel Embiid with their first pick and rounded out the first round with the selections of Pascal Siakam, Kemba Walker and Trae Young. To round out the bench, Antetokounmpo looked to double down on the defense with Jimmy Butler, Rudy Gobert, Bam Adebayo, Kyle Lowry, Brandon Ingram, Donovan Mitchell and current teammate Khris Middleton to round out a more defensive-minded lineup.

It’s always tough trying to predict these All-Star games as they’re usually meaningless contests, but I’m expecting a much better contest in what looks like a real shake-up to All-Star weekend as the game is now split into four separate contests to win serious money for charity, instead of just one long contest where the players don’t compete until the final two minutes. Looking at the All-Star draft, I think Team LeBron has the major advantage heading into this game as his lineup is full of perennial scorers while Team Giannis looked to always be reeling after selecting Joel Embiid and Pascal Siakam with the first two picks.

You never know what to expect from these games, so I usually prefer to take the underdog with any free points I can get. However, in an All-Star game where every player has the green light to jack up as many 3-pointers as they want, I’d prefer Team LeBron’s lineup as they have multiple sharpshooters in Doncic, Harden and even Booker while Team Giannis is surprisingly light on shooters outside of Young. I really do think we are going to get one of our more competitive games in the last few years as the players will be playing in memory of the late Kobe Bryant, but in the end, I have Team LeBron coming away with the win and cover here.

Get Premium Picks Start Winning Now »
The pick in this article is the opinion of the writer, not a PickDawgz site consensus.
Previous Pick
Boston Celtics vs. Los Angeles Clippers - 2/13/20 NBA Pick, Odds, and Prediction
Next Pick
NBA Power Rankings - All 30 Teams: 2/17/20