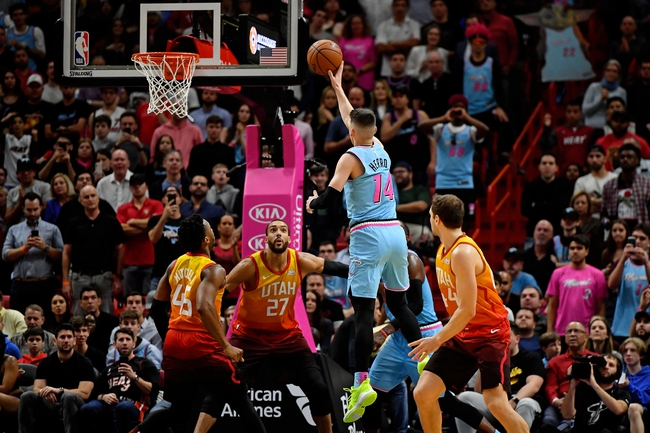 Where to Watch: ATRM, SUN Stream live sports and exclusive originals on ESPN+. Sign up now!

The Miami Heat and the Utah Jazz duke it out at the Vivint Smart Home Arena on Wednesday night.

The Miami Heat have been in decent shape as they've split their last 10 games and they will be looking to build some momentum after snapping a three-game skid with a 113-101 road win over the Warriors on Monday. Jimmy Butler led the team with 21 points, 10 rebounds, five assists and four steals, Jae Crowder added 21 points while Bam Adebayo racked up 13 points with 11 rebounds and seven assists. As a team, the Heat shot 49 percent from the field and 12 of 33 from the 3-point line as they dominated the first half to lead by as many as 24 points before the Warriors rallied in the second half to make it interesting late.

Meanwhile, the Utah Jazz have been on a nice run lately as they've won seven of their past 12 games and they will be aiming for a fourth straight victory after escaping Dallas with a 123-119 road win on Monday. Jordan Clarkson led the team with 25 points and eight assists off the bench, Donovan Mitchell and Bojan Bogdanovic each scored 23 points while Rudy Gobert finished with a double-double of 17 points with 16 rebounds. As a team, the Jazz shot a sizzling 59 percent from the field and 15 of 35 from the 3-point line as they dominated in the early going to lead by as many as 23 points, before the Mavericks rallied in the fourth quarter to keep the final scores respectable.

The Jazz are on a nice little run as they've just claimed wins over the Trailblazers, Rockets and Mavericks, but each of those wins came by four points or less. Meanwhile, the Heat haven't been playing at their best lately, but they looked great in their win over the Warriors, especially Butler who didn't miss a step in his return. I'm really expecting a close contest in this one, so I'm leaning towards the Heat and the points in a game they could easily win. 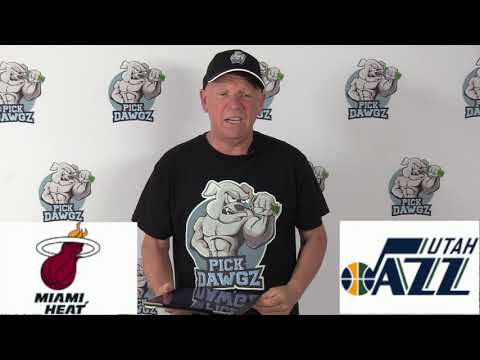